The first chapter of the book for which Dr. Arrindell is an author is entitled, “Sociétés de cohabitation and the similarities between the English lexifier Creoles of the Atlantic and the Pacific: The case for diffusion from the Afro-Atlantic to the Pacific.” Dr. Faraclas is the lead author.

The other chapter co-authored by Dr. Arrindell is “Marginalized peoples and Creole Genesis: Sociétés de cohabitation and the Founder Principle,” for which Prof. Cándida González-López is the lead author.

“The chapters were developed from papers presented at international conferences and for which I conducted research and wrote part of the paper,” said Dr. Arrindell when Offshore Editing Services (OES) caught up with her over the weekend. 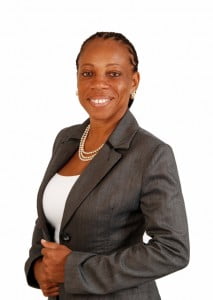 Agency in the Emergence of Creole Languages explores and discusses “The role of women, renegades, and people of African and indigenous descent in the emergence of the colonial era creoles,” according Dr. Faraclas. A professor at the University of Puerto Rico, Faraclas is himself an internationally respected linguist.

The 246-page book of eight chapters is a “must read” for its fresh perspectives on the process of creolization of language. It also focuses on peoples that are often made invisible in colonial and neo-colonial history, and that have too often been silenced in linguistic accounts of how creoles – such as Haitian, Papiamento, Kwéyòls of the eastern Caribbean, and Sranan Tongo – came about, said Dr. Arrindell.

Dr. Arrindell, the former minister of education and culture of St. Martin (South), wrote her doctoral thesis on language, culture and identity in St. Martin. Dr. Arrindell was recently a panelist for the St. Martin Day discussion on the island’s current socio-cultural developments.

The department of culture of the Collectivity of St. Martin organized the program of experts from both parts of the island, which was broadcast live on MSR Cable TV.