The government of Antigua and Barbuda has reached an agreement with the nation’s gaming industry through the leadership of the Antigua and Barbuda Investment Authority to collaborate to resolve a decade-long impasse with the United States government over remote gaming services. This newly formed partnership will fight for the billions of dollars lost in potential gaming revenue from the online gaming trade dispute caused by the United States’ failure to abide by numerous rulings of the World Trade Organization (WTO).

“Let me be clear: our goal is to negotiate the best possible deal for the people of Antigua and Barbuda. When we are successful, it will result in a rejuvenated industry,” Harold Lovell, Minister of Finance and the Economy said. “Full compliance by the United States will mean jobs and opportunities for our people. Increased jobs, investment and domestic spending will also generate revenues we will use to invest in education, further job creation and job training that will benefit every Antiguan and Barbudan.”

For nearly a decade, each time the issue of remote gaming has come before the WTO, regarded as “the most powerful legislative and judicial body in the world” it has ruled in Antigua’s favor. With the U.S. having an elevated and intensified motivation for adhering to decisions of the WTO as a result of a number of high-profile disputes with China, the Antiguan and Barbuda government has organized key stakeholders to stand united to push for a fair and comprehensive resolution of the dispute. 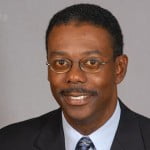 The government of Antigua and Barbuda has maintained a leadership role in this new public-private partnership and is encouraged by what the pooling of resources and abilities can bring to the table in anticipated negotiations with the United States. 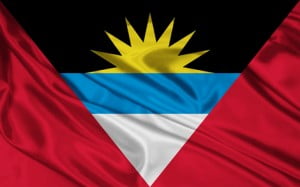 The wider Caribbean region, including Antigua and Barbuda, has suffered economically as a result of the worst global economic crisis since the Great Depression. A recovery of the remote gaming industry would have a substantial positive impact on the country’s ailing economy, adding diversity to the tourism industry which accounts for nearly 60 percent of Gross Domestic Product (GDP) and 40 percent of investment.

“This public-private partnership enjoys broad support from the government and private sector partners,” Dr. McChesney Emanuel, Chairman of the Antigua and Barbuda Investment Authority said. “We agree with this approach and we believe it is a good investment for operators, investors, businesses and for the government. We also believe this new approach will give us an accelerated enhancement towards a settlement that will be fair and beneficial to all.”

This initiative would not be possible without the commitment and support of the private sector in Antigua and Barbuda. The remote gaming industry, and other private businesses that would benefit from a resolution of this trade dispute, are donating both their time and financial resources to assist in this campaign.