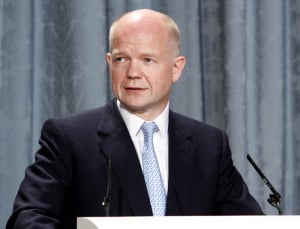 {FILE IMAGE} On September 24, the foreign ministers of Britain and Canada, William Hague (FEA.) and John Baird, announced in Ottawa that their two governments have signed an agreement under which they would share facilities and consular services in several countries.

Money is a significant factor in the decision. The foreign services of both countries have had cuts to their budgets. The British government has reduced its financial allocation to its Foreign and Commonwealth Office by $160 million and the Canadian government has sliced $170 million from the budget from its Department of Foreign Affairs and International Trade. Yet, the two governments are keen to establish a presence in markets where there is potential for business. The collaboration between their foreign services, therefore, makes perfect sense.

What makes the collaboration more practical is that Britain and Canada are, for the most part, like-minded countries, with similar values domestically and internationally. They have a history of cooperation as members of the Commonwealth. While their policies have diverged on issues, there is much greater commonality than discord between them.

John Baird summed it up by saying: “This is about increasing Canada’s diplomatic reach in a handful of areas where we don’t already have a presence. Canada will be sharing space, as we do with other trusted countries, to get maximum reach at minimal cost to taxpayers. We will do so while maintaining our principled, independent foreign policy.”

It is precisely shared values and common objectives in the international arena that should also encourage Caribbean small states to pool and share their diplomatic missions. Within the framework of the Caribbean Community and Common Market (CARICOM) Treaty, they have a wide range of common purposes better served by robust collective action than by feeble national efforts.

Apart from the financial savings that would be achieved, the effectiveness of diplomatic missions to international or multinational organisations such as the World Trade Organisation (WTO), the European Union (EU), the Organisation of American States (OAS) and several UN organisations would also become more effective through the sharing of “back office” experts to service each of the missions.

In Geneva, where the WTO and several UN organisations are located, the Commonwealth has provided office space for several small states from the Caribbean and the Pacific. Despite this, there are several Caribbean countries that are not represented by a resident team. For some of them, accredited Ambassadors are located in Brussels, London or as far away as New York making their participation marginal – if not ineffectual – to vital decision-making that affects their countries. Further, even where countries are represented, missions are under-manned to service the myriad committees that meet regularly on complex issues.

A similar observation is true of Brussels where the Caribbean’s crucial relationship with the EU is played out. Again, many Caribbean countries are not represented and even where there is representation, Embassies lack the range of skills necessary to cope with the large staff and myriad experts available to the EU organs such as the European Commission. A joint Caribbean “back office” of appropriately skilled persons serving all Caribbean countries would help to improve the negotiating capacity of Caribbean representatives.

Where there is a requirement by an international or multinational agency that countries be individually represented, it is perfectly feasible for each Caribbean small state to name a representative while sharing offices and ‘back office’ experts and facilities. Money would be saved with greater benefits being derived from informed analysis and preparation of the issues at hand. And, there should be nothing to stop any country from pursuing on its own a matter in which it has a special national interest. Even in that regard the country involved would still have the support of the shared ‘back office’ expertise. 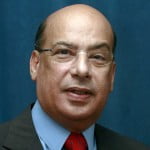 The writer is a Consultant and former Caribbean diplomat | Responses and previous commentaries: www.sirronaldsanders.com

As far as bilateral relations are concerned, Caribbean nationals resident in the UK, Canada and the United States are, for the most part, dual citizens of those countries. Therefore consular services do not apply to them. For visiting Caribbean nationals, such as students or tourists, their numbers are small enough to be handled by a joint Caribbean Embassy or High Commission. Special envoys trouble-shooting particular bilateral issues with a country would also be more productive and cost efficient.

It may be argued that remittances and investments from the Caribbean diaspora are of importance to several Caribbean countries and, therefore, regular engagement with them is important. This is certainly true for countries such as Jamaica and Guyana where remittances make a significant contribution to foreign exchange receipts. But, such regular engagements with the diaspora could be maintained by visits from Ministerial and other delegations. Indeed, they may even be more welcome.

Sharing of overseas missions is not a novel idea. For instance, when Guyana and Barbados became independent in 1966, they shared a High Commissioner in London, and for many years the independent countries of the Organisation of Eastern Caribbean States (OECS) had one High Commission in London and Ottawa. Even Britain and Canada had such arrangements before their September 24 announcement. British diplomats are housed in the Canadian embassy in Mali, and in Myanmar a Canadian representative is housed in the British embassy.

If shared and pooled resources can work for two well-developed G7 countries like Britain and Canada that have global interests, there is surely value in the formula for small Caribbean countries to consider.