The Framework Agreement for the End of the Armed Conflict in Colombia that has just been announced by President Juan Manuel Santos is a historic landmark for his country and all of Latin America. It is also a tribute to diplomatic resourcefulness and negotiating skill.

The agreement with the Revolutionary Armed Forces of Colombia, better known as the FARC, came after long years of failed attempts by Colombian governments of all political shades to reach an accommodation with the last, and among the most odious, guerrilla movement to have operated in Latin America. Never before has the FARC – a monumental apparatus of terror, mass murder, and drug trafficking – agreed to discuss disarmament, its fighters’ social and political reintegration, victims’ rights, an end to drug production, and participation in “truth and responsibility” commissions to examine the crimes committed during a half-century of conflict. But now it has.

This momentous shift reflects the decimation of the FARC following long years of struggle, the resilience of Colombian society, and, perhaps most important, Santos’s brilliant regional policy. By weakening the so-called Bolivarian Axis (Venezuela, Ecuador, and Bolivia), the FARC guerrillas were left without a supportive regional environment.

Prior to engaging the FARC in secret talks in Cuba, Santos’s regional diplomacy shifted the region’s politics from saber rattling to the hard work of cooperation. He turned Venezuela and Ecuador, which had long been safe havens for the FARC, into friendly neighbors willing to bring an end to the archaic tradition of revolutionary wars. In fact, in what is perhaps the most remarkable diplomatic turnaround, Venezuelan President Hugo Chávez has become a key facilitator in the resolution of the Colombian conflict. 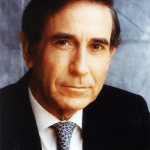 {IMAGE VIA – yourmiddleeast.com} Shlomo Ben-Ami, a former Israeli foreign minister, is Vice President of the Toledo International Center for Peace and the author of Scars of War, Wounds of Peace: The Israeli-Arab Tragedy.

The talks with the FARC evolved as regional détente was followed by an ambitious initiative to address the root causes of the Colombian conflict. Most notably, Santos signed the Victims and Land Restitution Law in June 2011, in the presence of United Nations Secretary-General Ban Ki-moon. The law provides reparation for the victims of human-rights violations in the course of a 60-year conflict, as well as restitution of millions of hectares stolen from peasants. The law thus puts Colombia on a path to peace by blunting the FARC’s appeal to land reform to justify its untold atrocities.

The law is undeniably complex, and by no means without shortcomings. But, if implemented as planned, it could bring about a profound social revolution. It also represents a novel approach to peace, given that such laws are normally introduced only after a conflict has ended. In this case, returning land to dispossessed peasants and offering financial reparation to the victims and those who were displaced by the conflict became the way to peace. Indeed, it was none other than Alfonso Cano, a former FARC leader, who called the law “essential to a future of reconciliation” and a “contribution to a real solution to the conflict.”

{IMAGE VIA – telegraph.co.uk} Skeptics and opponents of the negotiations do have a case, however. The FARC’s record in previous peace talks reveals a penchant for manipulating negotiations to gain national and international legitimacy without actually being willing to strike a deal. Santos could, therefore, have been tempted to choose the Sri Lanka way – a ruthless military onslaught to defeat the insurgents, at the price of major human-rights violations and the destruction of civilian communities.

Instead, Santos opted for the path of least expedience. After all, war, in Colombia and elsewhere, frequently unites nations, while peace divides them.

The repercussions of a genuine end to the Colombian armed conflict would be felt far beyond the country’s borders. If Chávez’s Venezuela has become a narco-state in which the regime’s acolytes are drug lords, this reflects their privileged relations with the FARC. Repercussions would also be felt in Mexico, where drug cartels are tearing apart the country, and the US, the world’s largest source of demand. West Africa, too, would be affected, having become in recent years the main transit point for South American drugs headed to Europe.

Formidable difficulties still lie ahead, and a final agreement is by no means certain. But Santos nonetheless has a fair chance of burying, once and for all, the specious mystique of violent revolutionary change that has held back Latin America’s political and economic modernization for so long.