More videos to come, one on the contribution of Alison Sealy-Smith, who voiced Storm for X-Men: The Animated Series, to Anime Kon’s voice acting seminar plus an extensive interview with the Bajan-American brothers who created a SF/Superhero book and website, Ascended: the Omega Nexus!

As Barbados’ first and only pop culture convention, AnimeKon continues to set the standard for events of this nature within the Caribbean. 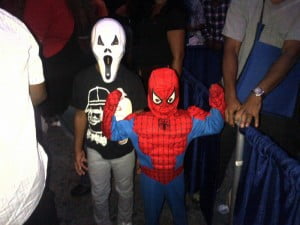 Now in its third year of operation, AnimeKon has proven itself to be more than just a one off success. Every age loves the Cosplay!

AnimeKon has captured the attention and imagination of fans of all ages, not only in Barbados but also in Trinidad & Tobago, Portugal, the USA, the UK, India, Malaysia and Canada.