The hallmark of good public policy is transparency and accountability – right!

In an era that requires fiscal restraint and prudent financial management, the government of Saint Lucia is basically borrowing money to keep recurring expenditure and off budget expenditure to enable the concept of a false economy.

While many problems affect the lives of the working class and the families of modest means, the bay-walk mall which houses the ministry of foreign affairs is no longer an issue for the government of the SLP. 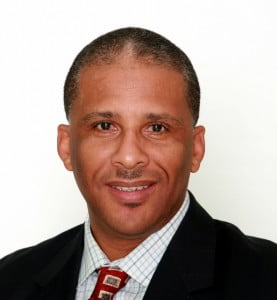 Melanius Alphonse is a management and development consultant. He is an advocate for community development, social justice, economic freedom and equality; the Lucian People’s Movement (LPM) critic on youth initiative, infrastructure, economic and business development. He can be reached at malphonse@rogers.com

With a lease agreement in excess of EC$100 thousand per month and gambling machines sprouting all around the island, it is perhaps a kind of fair game for the SLP, minus all of the pre-election hype which lead the people of Saint Lucia to believe that this may have been a very corrupting affair for the island.

Meanwhile, in an era where a comprehensive program of spending cuts, targeted spending on education, technology, research and development; and targeted tax cuts to spur capital investment in goods and services, equipment, infrastructure and technology, the government is pushing their brand of political ideology that is bound to further weaken a struggling economy.

At any rate the government of Saint Lucia keeps borrowing freely through bonds and loans, as well as increasing the government overdraft with local banks to a new record high.

Chances are Saint Lucia could find itself entangled in the new “Red Menace” for decades.

The question in this trying time is – who, or which foreign government now holds and continue to buy Saint Lucia’s debt, what is the interest rate, when is it due, and what will the borrowed money do for Saint Lucians?

The evidence is such that it is not going to investment in science and technology, research and development, rebuilding the free zone in Vieux-Fort or rebuilding the manufacturing base, or curbing the food import bill that is in excess of EC$400 million, nor is it going towards attracting businesses and to creating the kind of industry Saint Lucia need for the future.

Instead, the government of Saint Lucia is treating the country’s resources as a golden goose to tax and spend, borrow and spend, and to mortgage the future of our children out of the reach of Saint Lucians.

And, if you are still not convinced, maybe you can agree that it is such excessive risk-taking; awkward policy and irresponsible decision making that lead to over leveraging and exposure to external shocks.

This can only lead to a distortion of the Saint Lucian economy.

As a result, funding the debt will cost a lot more, when it’s time to pay back due to interest rate hikes and inflation. 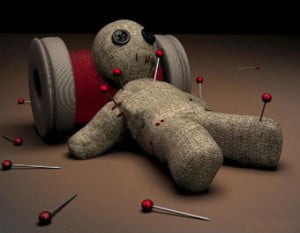 {FILE IMAGE VIA – bnp.org.uk} This deficit spending cannot continue, in conjunction with the model of “voodoo economics” that hold a lien over every Saint Lucian head, and forfeit the future.

The consequence of this policy and risky practice of quasi -public finance will eventually contribute to a catastrophic collapse towards increase inequality and instability.

Saint Lucians are not living in a wonderland but rather are at crisis point, both confused and frustrated.

In the interest of the land, the people and the light, it is time to admit that there is an emergency and that it is time to re-negotiate the bad deals and set the record straight with honest answers, good governance, transparency and accountability.