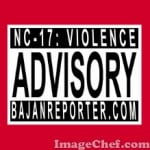 In feudal China, a blacksmith who makes weapons for a small village is put in the position where he must defend himself and his fellow villagers. 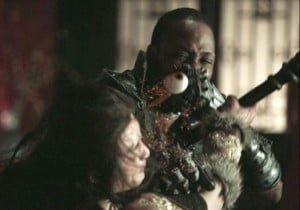 {CLICK FOR BIGGER – NOT FOR SQUEAMISH} The official red band trailer for Quentin Tarantino’s “The Man With The Iron Fists” starring RZA.