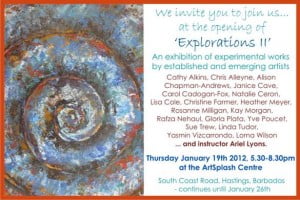 {CLICK FOR BIGGER} ArtSplash in Hastings, Ch Ch invites you to join in for… the opening of "Explorations II"