True Blood, Game of Thrones and Boardwalk Empire are Part of HBO’s 2012 Lineup

HBO Latin America announced its 2012 lineup, which includes big screen hits, award-winning original TV series and other acclaimed productions. Blockbuster titles such as Harry Potter & the Deadly Hollows Parts 1 and 2, Pirates of the Caribbean on Stranger Tides and Cars 2, as well as the premiere of new HBO original productions Luck, Veep and Girls will headline HBO’s stellar programming. With returning series such as True Blood, Game of Thrones and Boardwalk Empire.

HBO Latin America is pleased to announce its programming lineup for 2012.

“HBO thrives on providing subscribers with the best content on paid TV. Throughout the years, we have continued to invest in top of the line productions that exceed in creativity, talent and technology. These, along with our offer of the most competitive cable packages available, have been key for our leadership,” said Emilio Rubio, President of HBO Latin America Group.

HBO Latin America is the premium television network leader which, in addition to being recognized for the quality and diversity of its original programming, films and documentaries, also provides services with the highest technology in SD and HD formats in more than 23 countries of Latin America and the Caribbean through its HBO®, HBO® Plus, HBO® Family, Cinemax® and Max Prime(SM), and its SVOD service.

Returning to HBO’s lineup is also the Emmy® award-winning fantasy series, Game of Thrones, based on George R.R. Martin’s novel, A Clash of Kings. In this new season, the epic-drama incorporates scintillating new characters and adventures.

Other series premiers include Veep, starring Julia Louis-Dreyfus, a comedy series that centers on former Senator Selina Meyer, who becomes Vice President only to discover that the job is nothing like she expected and everything everyone warned her about. Another new HBO series is Girls, a refreshing comedy following the lives of three New York girlfriends in their twenties.

How to Make it in America III, Curb Your Enthusiasm IX, Bored to Death IV, Treme III, Enlightened II and Hung IV return to television screens throughout the Caribbean with brand new seasons.

Also airing for the first time will be two HBO Documentaries: The Weight of the Nation, a project co-created in partnership with The Institute of Medicine, the National Institute of Health and the Centers for Disease Control and Prevention which addresses teen obesity and its devastating effects on our youth; and George Harrison: Living in the Material World, a production directed by Academy Award® and Emmy® Award winner Martin Scorsese. The latter documentary features never-before-seen footage and interviews from music industry hard-hitters such as Eric Clapton, Eric Idle, George Martin, Paul McCartney, Yoko Ono, Tom Petty and Ringo Starr.

For next year, HBO Latin America continues to have exclusive rights to the biggest blockbusters from major movie studios. From Warner Bros. Entertainment, HBO premieres Harry Potter and the Deathly Hallows Part 1 and 2, starring Daniel Radcliffe, Rupert Grint and Emma Watson, joined by figures such as Ralph Fiennes and Helena Bonham Carter and produced and directed by David Heyman, David Barron, J.K. Rowling and David Yates. 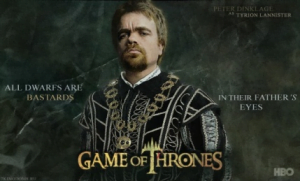 Next year's features include returning acclaimed series TrueBlood, Game of Thrones and Boardwalk Empire, the premiere of new HBO original productions Luck, Veep and Girls, and blockbuster titles such as Harry Potter & the Deadly Hollows Parts 1 and 2, Pirates of the Caribbean on Stranger Tides and Cars 2.

Also premiering in 2012 are Pirates of the Caribbean: On Stranger Tides, Cars 2, Horrible Bosses, Due Date and Sherlock Holmes: A Game of Shadows. Other hits include Friends with Benefits, Colombiana, Moneyball, The Lincoln Lawyer, The Hangover 2, Green Lantern and Crazy, Stupid, Love.

HBO Latin America will also bring back Don Draper with the much-awaited fifth season of Mad Men, the multiple Golden Globe® and Primetime Emmy® award-winning series, which, as always, promises to be full of twist and turns that will once again engage its viewers. Also, the series premiere of House of Lies that explores the life, ambitions and twisted dreams of a self-loathing management consultant from a top-tier firm, stars Don Cheadle and Kristen Bell. The Big C returns for its second season staring the brilliant Laura Linney, who will come back, stronger than ever, fighting her Stage 4 Melanoma with her unconditionally supportive husband, played by Oliver Platt, by her side.