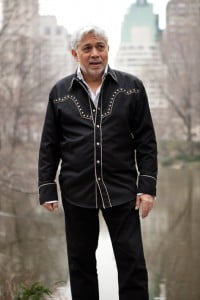 Tickets for the December 9th -10th shows are $55 and $65 and can be obtained by logging on to tickets.jalc.org/ticketing/show_events_list.asp | Buy tickets for the Blues Alley shows at bluesalley.com/events.cfm | For more on the Caribbean's greatest jazz pianist and his latest music, visit montyalexander.com

Music fans in New York and D.C. will be able to close off 2011 on a high note as master pianist, Monty Alexander, continues to celebrate his 50th year anniversary of performing by offering up a mélange of music from Jamaica to Sinatra and Cole this December.

Alexander, whose recent album, “Uplift” has held the number one spot on the Jazz World Radio charts for 14 straight weeks, will pay tribute to his musical heroes – Frank Sinatra and Nat King Cole – as part of the Singers over Manhattan Series at the Allen Room at Jazz at Lincoln Center, 33 W 60th Street in New York City, from Friday, December 9th to Saturday, December 10th, at 7:30 and 9:30 p.m., respectively.

It was Frank Sinatra and pal, Jilly Rizzo, who first brought Alexander to New York while in his late teens where he went on to play at their New York night club, Jilly’s. There Alexander actually accompanied Mr. Sinatra when he sang.

But prior to that adventure, as a boy in his homeland, Alexander grew up listening to Nat King Cole in his own home and after seeing him in 1956 in his hometown of Kingston, Jamaica, at age 12, he knew he wanted to play jazz for the rest of his life. Thirty-four years later, Natalie Cole, the daughter of Nat King Cole, invited Alexander to assist her on her album, “Unforgettable,” a tribute to her father.

Alexander will also be joined in the Allen Room at Jazz at Lincoln Center from Dec. 9-10th, by guitarist Russell Malone and saxophonist Houston Person. Vocalist James De Frances, a 21-year-old phenom, and veteran, Allan Harris, will perform the respective roles of Sinatra and Cole.

The Commander of Distinction will move on the legendary Blues Alley at 1073 Wisconsin Ave NW Washington D.C., to wrap up the year and ring in another, from December 28th to the 31st. From Jamaica With Love will be the highlight of another trademark lively performance by Alexander as he showcases some of the quartet version from his latest “Harlem Kingston” experience, taking the audience on a musical journey between his Jamaican roots and his American jazz roots.

“I’m very glad to be able to end 2011 and part of my 50th year of celebration in music this way, where I can present my personal reflections at these two treasures of American culture at its best,” said Alexander.

He maintains an active touring schedule, thrilling audiences around the world with his own distant brand of jazz that leaves audiences moving to the beat wherever he plays.