French born world music singer Yann Selo is seeking to break into the Jamaican music market with his latest collaboration with hot dancehall star Ce’Cile. The song called Call Me was produced at Big Yard in Jamaica with the video shot in France.

Call Me is the first single off Yann Selo’s sophomore album Melting Pot which is slated for an October 2011 release. Yann Selo describes the album as a melting pot between Reggae, Dancehall, Zouk and R&B. The video for Call Me was shot in France and directed by Arthur Valverde with Choreography by Sisley Loubet.

Yann Selo who was born in Paris of French Guyanese parents brings a blend of different influences and builds his musical universe of varying colours based on the influence of his society and parents. The artiste is a very popular TV personality in French Guiana where he produces a show called Summer Dance Battle which is a show similar to Jamaica’s Dancing Dynamites. 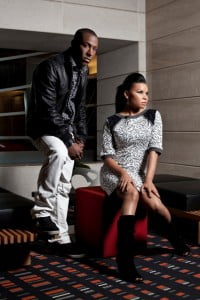 Look out for Yann Selo (LEFT) as he continues to bring the music of the Caribbean together.

Yann Selo recently travelled to Jamaica to select dancers for the show and will soon be selecting dancers from Surinam, Spain, Switzerland, Venezuela, Russia, and Martinique for this summer’s season

So far the French singer has worked with Christopher Birch for a song called Rain on my Window. And will soon be releasing the second single off his album called You Got It with Elephant man the video for which will be shot in August 2011.