After 40+ years in the business, iconic Reggae singer Ernie Smith is as vibrant and energetic as ever, showing no signs of slowing down. The pioneering singer/songwriter promises to heat up the summer with his latest single “Nutten A Guh Come Outta Dat,” a humorous social-commentary about recent socio-political issues in Jamaica. Smith will be hitting the Caribbean, Canada, and United States this summer to present the new single, along with his repertoire that includes pulsating classics like “Duppy Gunman,” “Elsaida,” “Play De Music,”and “Pitta Patta.” 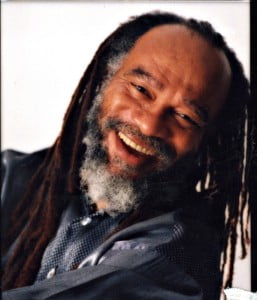 Last month, Smith's live performance on the on the brand new Television Jamaica (TVJ) seriesLayers of Soul was an enormous success. The episode aired on May 29th.

One of Smith’s highly anticipated summer performances will be at this year’s Merritone Family Fun Day in Connecticut in July. The annual event attracts thousands of music lovers from all over the Northeastern United States. The performance is somewhat of a homecoming for Smith, whose signature single “I Can’t Take It” was recorded on the Merritone Label in late 1960s.

Over the past few weeks, Smith, an internationally recognized, award-winning songwriter gave a rousing performance for a select VIP crowd in Negril, Jamaica, before touching down in Ft. Lauderdale, FL for a special performance on Mother’s Day. He then wowed the crowd at a Bob Marley Tribute in the Bahamas. Reggae lovers reveled in Smith’s performance of his classics, as well as new material from his latest album Country Mile, which features the ska-flavored tile track “Country Mile,” and the humorously satirical tune “That’s the Kind of People We Are” featuring Pluto Shervington.

Last month, Smith met up with Reggae stars John Holt, Johnny Osbourne, Lady Ann, and Ed Robinson during a meet and greet at VP Records, before captivating Nazareth Hall in Brooklyn with Vincentian singer Judy Boucher. The following week he did an impressive two-day stint in Grand Cayman.

“So far 2011 has been good to us,” states Smith. “We have been to Belize, made multiple visits to New York state, – one of which was to collect an achievement award from Linkage Radio – Connecticut, Boston, Rhode Island, Cayman Islands, Ft. Lauderdale, Nassau and of course a really blessed time in Jamaica. “