Everyone loves to hate House – the USA’s sarcastic and seemingly know-it-all doctor on the USA Network, but he is not arrogant, he is very aware of his knowledge and does not bother to sugarcoat it… If you ask the lame physician (H’mm – how ironic – Thor’s alter ego was Don Blake, a doctor with leg problems and Thor was cast from Asgard for an Ego which shrunk the Titanic – in the moves, Thor is again sent from Asgard for his alleged arrogance which to me seems extreme self-confidence, and House is a lame — ? Weird!) what his favourite colour is he may well say, “BLUE“? At least according to the UK’s Telegraph;- 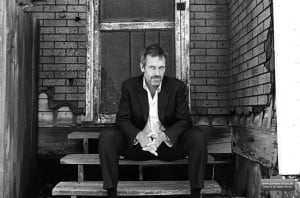 Laurie, now 51, is due to appear at The Cheltenham Jazz Festival in May, a week ahead of the album launch, where he will get the chance to show an informed crowd the passion he talks about.

Hugh Laurie knows how easy it would be to mock a Cambridge-educated doctor’s son, now the highest paid American television actor, for recording an album of blues music.

So he’s got in first with a statement saying: “I was not born in Alabama in the 1890s. I’ve never eaten grits, cropped a share, or ridden a boxcar. I am a white, middle-class Englishman, openly trespassing on the music and myth of the American south. If that weren’t bad enough, I’m also an actor: one of those pampered ninnies who can’t find his way through an airport without a babysitter.”

Laurie is a clever comedian and knows how to deflect criticism. When he talked about his family’s previous musical sessions – sons on drums and sax, daughter on clarinet and himself on guitar and vocals – he joked: ‘Nauseating, isn’t it?‘

There is no doubting his sincere and longstanding credentials as a fan of blues and jazz. He choices on Desert Island Discs 15 years ago back this up – Muddy Waters, Dr John, Count Basie, Van Morrison, all top-class selections.

The reason he has put out such a self-deprecating statement is because he knows it will be easy to dismiss his debut album out in May – and titled, with irony presumably, Let Them Talk – as a vanity project. There have been plenty of them before, lord knows, from Steven Seagal to Burt Reynolds, but this doesn’t smack of that. When he talks lovingly of Muddy Waters you can believe he means it. {MORE IS HERE}