Another fun packed event is planned for the 35th Holetown Festival.

The history of the festival stems from 1627, when 80 English Settlers landed between the 17th & 20th of February at Holetown. With them were 10 African Slaves, who were captured on the voyage.

From this day Barbados became a British Colony. The first festival created by Alfred Pragnell was held over a weekend in 1977 to celebrate the Anniversary of the First Settlement of Barbados. It’s now so popular it runs from Sunday to Sunday. 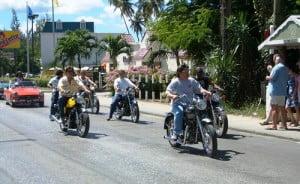