According to some former Boeing employees (now whistleblowers) and some Boeing documents uncovered by Al Jazeera, Boeing has been using parts on the newest model of 737, the 737 Next Generation model, which were supplied by one of their subcontractors who was not following the FAA authorised manufacturing process. 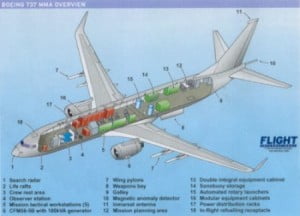 {Boeing Employees} were supposed to be using computer controlled manufacturing and they were building critical fuselage components by hand instead.

The critical fuselage members were coming to the Boeing final assembly plant out of design tolerances and Boeing management had the workers force fit the parts or modify as necessary on the spot to make them work. This would reduce the designed structural integrity of the fuselage (as it had been certified by the FAA). Some suspect that the faulty parts could have played a role in 3 recent 737NG crashes and will probably play a role in future crashes.

Read about it here and watch the embedded youtube videos of the Al Jazeera report which broke the news. The 2nd video (52 min) is the full report that includes extensive testimony from the Whistleblowers.