The end of year injury bug has bitten, resulting in the postponement of ‘Tennis Pon de Rock2’ 2010. Gael Monfils of France has withdrawn on the advice of doctors due to leg and foot injuries. 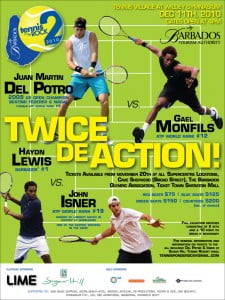