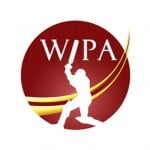 As part of its on-going action plan, the WIPA Board on December 7th 2009, approved a team of professionally qualified experts to continuously look at the developmental aspect of cricket throughout the region which includes (but is not limited to) educational training, nutrition, technical skill, human resource and fitness. This committee’s mandate will also be to carry out an audit of the current structure of cricket as well as the development programmes that currently exist in each territory and consult with the Territorial Boards and other key stakeholders, after which it will be asked to make recommendations on the best way forward consistent with international standards and best practices.

In this regard and pursuant to the WIPA Board’s overall objectives and consistent with 5 out of the 15 points of the plan WIPA will be hosting a workshop on Friday 17th September 2010 and will include a number of qualified experts. They are Dr. Akshai Mansingh from Jamaica, experienced trainer Ronald Rogers and doctors, Terry Ali, and Anyl Gopeesingh from Trinidad & Tobago. Several cricketers have also been invited to participate.

The participants will focus on the areas of successful training methodologies in cricket, sport nutrition, the importance of well managed work to rest ratios during the season, injury prevention, management and rehabilitation, and anti-doping in the game.