Would Jack Bauer approve of Barbados’ version of 24? Facebook fans claim Brewster’s Road Crew were putting on the Lips?

What is Crop Over anymore?

We have no real sugar industry to shout about anyway – from the time Errol Barrow opened his yap when winning 1987 elections and went on about being no satellites to any cowboys (meaning Reagan) then the USA stopped importing sugar from Barbados like before, then Tate & Lyle ate away at more of our profits and the EU laid the coup de grace, with most sugar in Bajan shops now from Demerara! 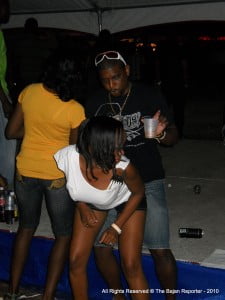 Barbados was the world’s sugar bowl at one point, we had like 12 sugar factories and now it’s down to one – and that just very barely! So like I said – what Crop Over? The festival was related to Barbados’ original main export, sigh…

Are we having fun yet?

In the parties which descended from the ashes, there was a Crop Over fete called 10 to 10 – this meant at 2200 hours in the night until 1000 hours the following morning! Then there along came Insomnia… Personally, it is beyond me how can you enjoy something so sleep deprived? But not to be outdone, Drenalin Productions initiated a concept last year called 24. 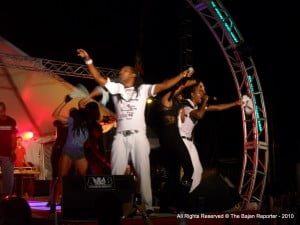 This meant a start at 3:00 am on the Friday into Saturday and concluding at 3:00 am on the Saturday into Sunday, theoretically, you are to party non-stop and feel great about it. Ookaayy… You do that, me? I am going to look for the acts I appreciate attend and leave when satisfied.

Milli Vanilli in the 21st Century – Why it’s a necessity!

There was a bit of confusion in two areas however – one was how Facebook fans and in particular Bajantube stating a few Trinis used lip sync for part of their performance;-

Psst, hey bud? I got, um, some news for you – most of the groups I saw that night did it too… But you know what? Shhh, come closer…

SO FREAKIN’ WHAT??? You expect people who are running up and down the catwalk of a stage they had and dance as well yet still have breath to sing? The entertainers are Terran not Kryptonian, alright?? Janet Jackson is guilty of it and she has an advantage of a cordless body mic with headphones, so “Get Real!” as Dr Phil likes to holler.

VIP, does that mean – Vodka If Paid?

Another concern was if you are invited then I thought an invitation is all the way? I got my drinks free in VIP at first, then one barman looked at my ‘Press Pass‘ and says since I have a red wristband then I must pay, I can only get in free but that’s it…

It is only because I had 4 complimentary vodkas before that I felt generous and paid (It was ten dollars for Vodka & Cranberry – that’s Smirnoff not even Absolut! I chose vodka over rum as they only had Cockspur which tastes green & edgy in my books), but if that happened from my first drink then I’d be gone immediately, bank on it! 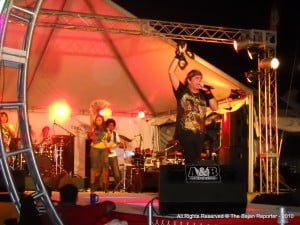 Alan Sheppard, James Lovell and Nexcyx spicing it up on Brewster's Road

That did NOT happen with the February get-together at the Globe Drive-In, VIP was more like VVIP there, believe you me! Well, I did not even THINK of trying to see what was on 24‘s menu, when the show concluded? I just went straight to Esso’s 24-hour (no pun intended, I think) Automart in Blackrock afterwards. 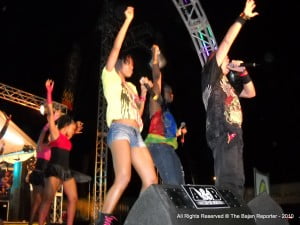 I was a bit sad when the audience gave Alan Sheppard a lukewarm response compared to the fanfare five months ago, but then that event was better prepared and promoted – I feel Spice’s lead vocalist was not given the billing he really deserved! 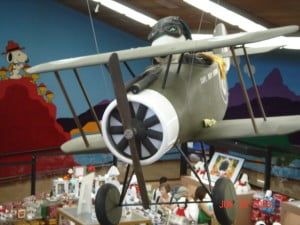 Nexcyx was Alan’s backing band and James Lovell was his percussionist, while these are top Bajan entertainers in their own right, it was still like watching an F16 jet fighter holding back from Mach 10 rolls because he’s flitting along with a few Sopwith-Camels chugging at top knot! 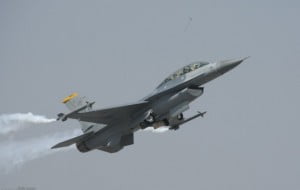 The closest thing to Stark Industries apex of technology in reality - Alan Sheppard's performance was this High-Octane indeed!

The VIP posse and white Bajans in the general stand were more responsive to the Spice team in the end, I was the most insane in calling for an encore, nearly lost my voice actually, and I really felt like beating up the folk for not being more enthusiastic with their encore but most of them are too young to really understand or recall what was one of Barbados’ best ever groups in its history of music and culture. 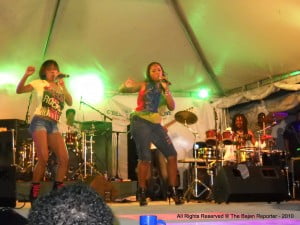 I hope it is only a generational gap and not a misguided sense of chagrin at seeing what is deemed a so-called ‘white man‘ doing reggae? Is anyone in the Caribbean truly white or black? I saw Alan got a sense of malicious glee in stating he was performing songs he wrote, as opposed to the original co-writing listings I remember when the tunes were first issued. This did not surprise me greatly, as I said when I was at Kolij… Alan was cool but Dean was a jerk. Even a Canadian guy I met at Carib confirmed the same thing without me cuing him! 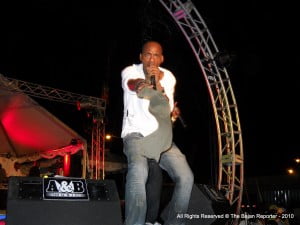 At the same time while Bajans seemed more responsive to the Trinidadians, they also got annoyed at how Trinis did a medley. Give a pinch of tune then stop to give a joke or chat in general – Bajans just wanted straight singing! Monstapiece Theatre‘s Peter “No Stoppin‘” Coppin came close to being like a performer, he delivered massive bouts of energy and had the crowd going…

The svelte dude in the centre apparently was in the "spirit" of 24 since 11:00 pm of Friday night and never stopped being so "spirited" - so I was told, I just wanna know how he got on the stage?

The conclusion, while fun at one point when a dude who made me look anorexic actually climbed on stage, was nevertheless a bit anti-climactic… You kind of expected Machel Montano would appear as a rousing send-off? But, no!

So 24 has great potential, but as this is still in its early stages, there’s much room for improvement and better marketing for all performers slated to wow the crowd. It also would have been funny to use the ticking clock motif Jack Bauer‘s adventures on Fox TV use, put it as a bridge and both intro and extro for the event – but that’s just me…