While all interested eyes were on St. Martin’s Book Fair, visiting authors, and new books launched on St. Martin between the end of May and the first two weeks of June, there were other news brewing afar about the island’s writings, according to Jacqueline Sample, president of House of Nehesi Publishers (HNP).

Firstly, the Cuban scholar Emilio Jorge Rodríguez has just published a new anthology of poems and literary criticism of the poetry of the St. Martin author Lasana M. Sekou.

The 428-page book includes selected poems from the 11 poetry collections by Sekou. Each poem is in both English and Spanish.

The anthology has a critical introduction and research notes by Rodríguez, who also selected the poems representing developments in Sekou’s writings over the last 32 years, said Sample. 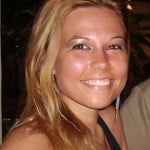 Dr. Florian is now the newest expert on the literature of the St. Martin author.

Florian’s doctoral thesis is called “Contemporary West Indian Poetry: a ‘Creole’ Aesthetics?” Her postgraduate degree was obtained at Cà Foscari University of Venice. The dissertation was defended in April 2010 at the Faculty of Foreign Language and Literatures – one of the oldest in Italy.

Dr. Florian, like Rodríguez, seems particularly fascinated by Sekou’s use of salt as a poetic metaphor and historic motif with links to the Great Salt Pond, said Sample.

Chapter 9 of the thesis is entitled “Lasana Mwanza Sekou (1959 – ) The Aesthetics of Salt and Sugar.” Dr. Florian’s thesis is in English. The extensive appendixes include Florian’s interviews with the likes of Mutabaruka, Gordon Rohlehr, Kenneth Ramchand, Rhoda Arrindell, and professors Edward Baugh, Maureen Warner-Lewis, and Carolyn Cooper.

As for the Rodríguez anthology of Sekou’s poetry books from 1978 to 2010, Pelican Heart/Corazón de pelícano, that is available at Van Dorp and Arnia’s bookstores, and at Amazon.com, spdbooks.org, and houseofnehesipublish.com.