USA Cricket and New Zealand Cricket will launch a strategic partnership with a historic Twenty20 international series between the BLACKCAPS and Sri Lanka in Lauderhill May 20-23rd.

Although still an embryonic sport in the USA, cricket is the second most popular sport in the world, only behind football (soccer). With approximately 15-million cricket fans living in the USA the goal of the strategic partnership between New Zealand Cricket and USA Cricket is to generate awareness and establish a fan base and appetite for the sport.

New Zealand Cricket CEO, Justin Vaughan noted that NZC has long seen the dynamic potential of cricket in the USA, and made a strategic decision to offer to partner with USA Cricket; “We have the experience and capacity to help develop the game of cricket in the USA. We are looking at ways of helping USA Cricket grow the game both professionally and at the grassroots. This T20 series is the first of many initiatives between our two cricket boards and we envision the BLACKCAPS playing in the USA on an annual basis.”

Beginning May 17, 2010 the sport of cricket will invade south Florida kicking off with an event with the Marlins, May 17th. The Central Broward County Regional Park Cricket Stadium in Lauderhill, FL the only ICC approved cricket stadium in North America will host the international matches. The stadium holds up to 20,000 people and was completed in November 2007. Matches are scheduled with the inaugural game set for Thursday, May 20th with afternoon matches taking place Saturday, May 22nd and Sunday May 23rd.

“The historic event will provide great exposure for cricket with some of the world’s top players showcasing their talents. USA Cricket has worked hard to bring this event to fruition and we are very excited about the potential impact of this series for the growth and development of cricket in the United States“, said Gladstone Dainty, USA Cricket President, on behalf of his Board of Directors. 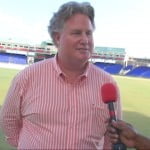 USA Cricket CEO, Donald Lockerbie said the three match series has been in the works for some time as part of the new “Destination USA” initiative. Last November an important strategic partnership was also made between New Zealand Cricket and USA Cricket to advance the game in the region.

“We believe that in order to grow the game of cricket in the USA – we need to have the best teams in the world play in our country,” said Lockerbie. “We want to demonstrate to the American public just how exciting the T20 format is. Cricket is already popular here but has lacked major media coverage. This inaugural series is the first step to reverse this situation.” 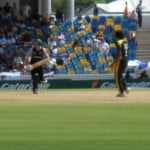 The match series follows on the heels of the ICC World Twenty20 in the West Indies – with the finals in Barbados on 16th May. Sri Lankan team were finalists in the 2009 event and are expected to perform well again this year. Sri Lanka Cricket Secretary Nishantha Ranatunga said, “Our team and nation is honored to be one of the first two ICC Full Members to be involved in this historic series. We shall bring our finest team possible and look to return home with a great experience in the USA, helping the sport grow swiftly before thousands of American cricket fans.”

The BLACKCAPS were semi-finalists in the 2007 ICC World Twenty20 and made it through to the Super Eight stage of the 2009 event. Their current team includes many of the world’s leading players. Captain Daniel Vettori said, “The BLACKCAPS are really excited about the prospect of playing in Florida. We know the series against Sri Lanka will be a great advertisement for international cricket to US fans”.