Make Sunday a Day of ART.

The National Cultural Foundation invites you to a Special Viewing of ‘ART AND AGRICULTURE’ at 6.30pm at the Queen’s Park Gallery.This is an exhibition of Painting, Photography, Printmaking and Sculpture where artists present works on the theme of Agriculture.

It is a beautiful exhibition of works by established artists, such as Arthur Atkinson, Virgil Broodhagen, Don Small and Leslie Taylor, as well as emerging artists Russell Reece, Joshua Mapp and Kovsky Cox. It is a visual feast.

The exhibition, which was curated by Alberta Whittle, closes on March 27th – Here is Alberta’s Curatorial Statement;-

“Agriculture not only gives riches to a nation, but the only riches she can call her own” – Samuel Johnson

Agriculture is more than meets the eye; it is not the pastoral daydream we prefer to believe in, but an encompassing motif. Like other great motifs, it transcends geography, signifying industry, politics, culture, history, lifestyle, spirituality and religion.

Barbados’ history will forever be linked to Europe, specifically Britain. Her handprints are most significant when we consider agriculture, which was the motivation for the genesis of their shared story. The seizing of Barbados as the jewel in the British Empire’s crown owes much to agriculture. In both Britain and her colonies, agriculture justified seizing territories without consent, Nova Britannia urged “the extension of the Virginia plantation, charged that such territories could not remain in the hands of ‘savage people. . . who have no Christian or civil use of any thing.”

Historically, agriculture was considered to possess a moral character of general improvement. It prevented famine, created employment and transformed land left idle or inefficiently used into sustenance for human bodies and souls. By tilling the land, you were following God’s word and growing closer to Him.

The artists represented in Art and Agriculture demonstrate the rapidly disappearing rural path, reinforcing pride in traditional and modern techniques. Despite differing in age, technique and lifestyle, the artists, collectively embrace their native landscape. They share a recognition of landscape as an independent subject and a mutually reinforcing pleasure in nature.

Agricultural plenty was understood to be the basis of social peace. It may be argued that Christian agrarian tradition is a strand of social and political thought which has not so far received adequate historical attention. It contains within it embryonic reflections on unemployment, the role of private initiative and state action in economic growth, the relationship of wealth to poverty, the equilibrium of population and food supply, and the place of science in managing resources.

The representational works in Art and Agriculture are devoted to depicting the working class in their pieces, showing the lives of farmers, fisherfolk, vendors, field labourers, factory workers and other workers. Their works often glorify the hard work and lives of their subjects. Some artists chose the subject for social and political reasons, while other simply admired the beauty of their subject. 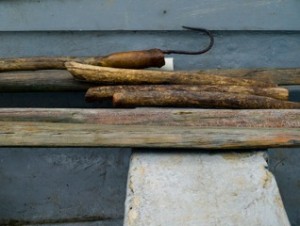 Inspirational and nurturing, even despite daily trials of backs and hands bent by hard labour in the fields, factories or on Moses boats, Barbadian artists answer the quest for landscape’s metaphoric power.

Also opening on Sunday at 5.30pm are exhibitions at Errol Barrow Centre Gallery at the University of the West Indies at Cave Hill and at the Gallery of Caribbean Art.The EBCCI exhibition is a group show of Women Artists in celebration of International Women’s Month with work by artists such as Arlette St Hill and Alberta Whittle. Janice Sylvia Brock presents her most recent work in ‘Oceans’ at the Gallery of Caribbean Art in Speighstown.

This is a great opportunity in one evening to see an explosion of talent and add outstanding pieces to your collection. Don’t miss it!