Broadcast Personality Ian Bourne and TL Lotteries are no longer associated with each other. Barbadian Facebook and Twitter users will receive similar notice.

The former News Anchor of CBC spent many a Saturday calling the first Double Draw of that particular day and the 4:45 pm Draw since 2007, when approached on the reason behind the split ? Mr Bourne stated his relaxed approach to achieving a successful Presentation did not mesh with the more rigid structure now being enforced by the gaming entity.

Rather than create an unharmonious situation for all parties, he felt it best to bid farewell. 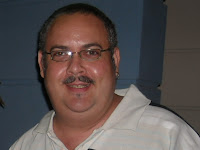 Mr Bourne, probably best known as Main Anchor for CBC-TV 8?s Evening News 1997 to 2005, he was also Public Relations Officer at the Sanitation Service Authority until May 2009.

Now at The Chamber Of Commerce, Bourne says the move is actually a blessing in disguise, since his off-duty periods are now more open to explore other better profitable ventures available to him.

Mr Bourne adds he trusts that TL Lotteries henceforth will not use his name, image or reputation, etc. to conduct any business on their behalf unless he sanctions it.