My thanks to a friend who sent this e-mail not so long ago… It reminded of a good while back, when I was still in radio there was a night when they wanted me to stay beyond my shift at VOB and read, without overtime, the 9:30 pm edition of the Latest. I declined and they put it on this guy who was pulling a shift for only a month (No, I am not saying his name, he’s successful in his own right now) and there was a bit about British Royalty in the bulletin, the Main Event so to speak, here’s how he referred to Her Majesty;-

I am as serious as a heart attack, he took the Roman Numeric style of II (two) and called the number after ten. H’mmm…

Hearts, Clubs, Diamonds, Spades and England – but I did not know Great Britain had so many generations (The guy was humiliated so much by EVERYONE in Barbados hounding him for that goof, he refused to read another newscast ever again – and I assure you, he did not). I got reminded of that all over again the other day, when it was all put in fascinating perspective with the following photos.

Elizabeth II has endured all sorts of stuff with her family and yet she rules while USA who broke away nearly 250 years ago has seen 11 leaders during her reign – BTW, some of these shots beg for an Un-Quote, so indulge me. . . . 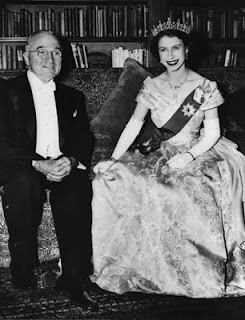 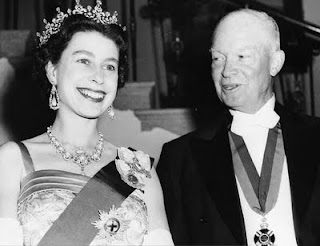 Here she is with Dwight Eisenhower… 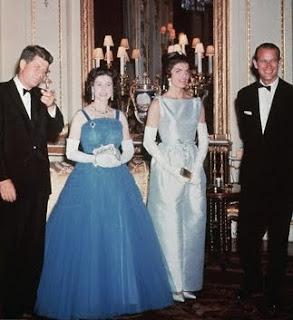 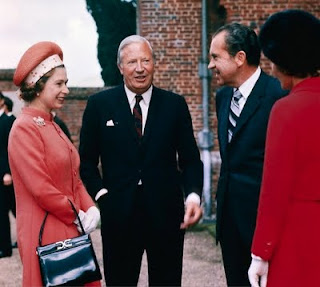 QE 2 at Nixon; “If you had a Corgi rather than Checkers, you’d be more popular – you know“ 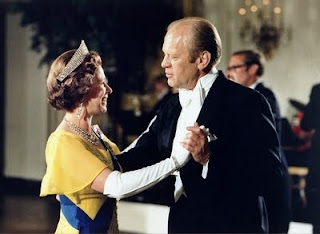 Liz at Gerald; “{Sotto Voce} Did you ever have lessons? It’s like you have two left feet!” Gerald? “JESUS, HOW DID YOU HEAR ABOUT THAT? THOUGHT IT WAS SUPPOSED TO BE A SECRET!“ 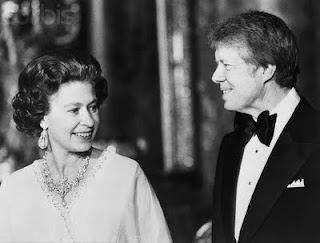 Liz; “I hope you dance better than your predecessor…” Jimmy; “What’s that? I was busy lusting in my heart…“ 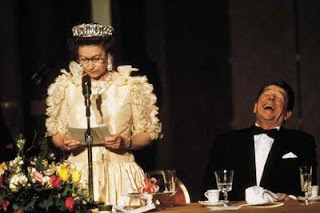 Liz before Dinner; “Lest I forget, and we know that I am not the only one present with a bad memory, especially for Latin American missions...” 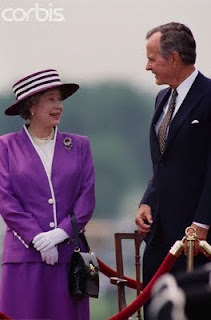 QE2 {Sotto Voce}; “I suppose you’ll forget stuff like your predecessor too?” GB Sr; “I may have stuff in the pipeline…“ 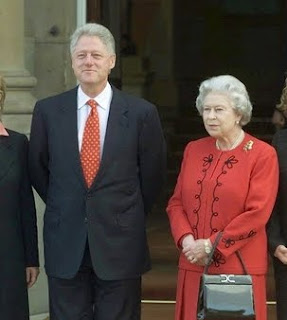 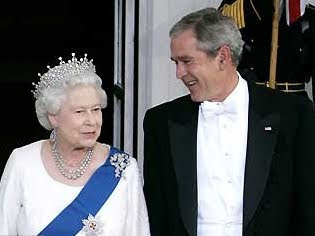 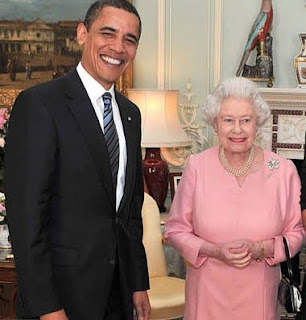 WHY IS THIS MAN SMILING? What the Media never heard…

“{Sotto Voce} If you get the Health-Care passed? I’m gonna abdicate in favour of Wills, ship to Miami and apply… Brown is about to sabotage our medical plans here!“