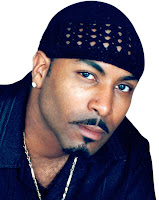 named after Ian Fleming’s infamous British spy-will be the sight of the island’s largest Holiday beach festival, Ocean Splash ‘009. On Saturday, December 20th, Triple T Production will bring some of the biggest names in entertainment to Agent 007’s white-sanded paradise in 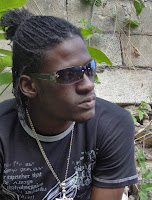 Oracabessa for a day full of festivities with a star-studded football (soccer) match, live performances, and holiday giveaways.

In the evening, Redman and his crew of champion selectors Aggart, Pittyless, Chullups, G Hype, and Mr. Stone from Jam Rock Sound will be spinning the biggest and baddest tunes in Reggae, Dancehall, Hip Hop, R&B, Soul, Soca, and everything in between.

Giveaways – any and everything from CD’s and T-Shirts to household appliances – will be given to lucky raffle winners hourly. Ocean Splash ‘009 performers include Tanya Stephens, Anthony Cruz, D’Angel, Terry Linen, Prestige, and Little Hero. More performers to be confirmed.

“I wanted to do something that was more than just another Christmas stage show,” states Triple T Production CEO Tasz Smith. “I wanted to make it a real holiday celebration with food, giveaways, and live entertainment. This year has been challenging, we’ve been slammed left, right, and center with economic hardships, high crime rates, and such. I really wanted to bring back the good vibes-bring everyone to a big beach party,