HERITAGE TOURISM ? THE FUTURE IN ST. KITTS: WILL BARBADOS DO THE SAME FOR GRAEME HALL?

The value of heritage tourism and its role in attracting a niche target audience was recently highlighted by Minister of State responsible for Tourism, Honourable Richard Skerritt. 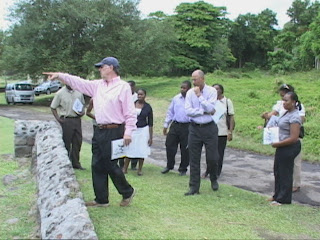 Minister Skerritt identified such when a delegation from the Ministry of Tourism and the St. Kitts Tourism Authority toured developments at Fair View, the recently opened Clay Villa site, and Wingfield Estate. 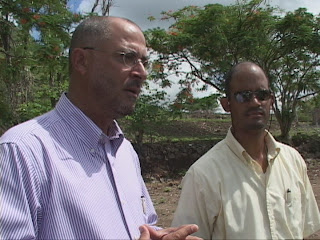 At Fair View, the team was welcomed by Clayton Perkins, who revealed plans to transform the property into a multipurpose events center capable of hosting meetings, weddings, receptions and other social activities. A food and beverage service will be available, a gift shop, and a lush tropical garden will be added for enhanced ambiance. 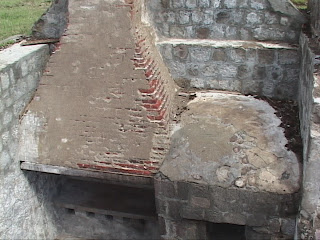 The most impressive aspect of the project is the restoration of the Great House and additional structures such as the kitchen, which has a traditional brick oven with chimney. The buildings will transport visitors back in time to the colonial past as authentic furniture and other interior d?cor will be on display. This will form part of a museum tour to be offered when the project is completed in 2010.

Mr. Perkins noted that a number of persons have expressed concern that several of the structures have been stripped down to their foundation. 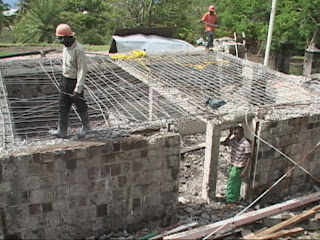 He explained that this had to be done in most cases due to severe damage caused by termites. He assured that original materials will be reused where possible when rebuilding the structures and photos and other illustrative tools will be used to ensure everything is restored. 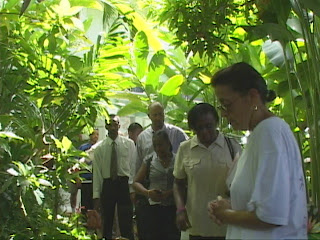 ?This is the kind of project that Government welcomes,? Minister Skerritt told Mr. Perkins and support staff, noting that they can count on some level of support. ?I have been assured by Mr. Perkins that he is in contact with the National Trust (formerly known as the St. Christopher Heritage Society) and others in the relevant areas of Government so that this project can become something that all of us in the Federation can be proud of.?

At Clay Villa, the touring party, which included Permanent Secretary Lloyd Lazar, St. Kitts Tourism Authority Chair, Alfonso O?Garro and CEO Rosecita Jeffers, marveled at the botanical garden, the gift shop and museum as well as the array of birds, fishes and the like housed there. 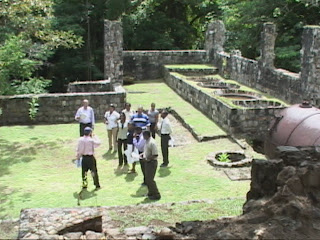 The officials made a final stop at Wingfield Estate, the home of Romney Manor which houses Caribelle Batik. Renovation work to windmills and other sugar manufacturing-related ruins is planned.

The batik employees, who typically work in the background, were saluted for their contributions representing the best of art and the best of nature – to the tourism product.

?We are happy to see that you are keeping Romney Manor going,? the Minister of State responsible for Tourism concluded to the cheers of the staff.

We’d like to salute Basseterre for doing the right thing in preserving their environment and history, it sure would be nice if Barbados’ Environment Ministry could do the same for good ol’ Graeme Hall… So just where is Dr Denis Lowe? On tour again? WHY?? Is he avoiding something? His conscience, perhaps??

{Bajan Reporter’s FYI – Don’t you need answers as to why it’s taking so long for ANYTHING to happen? E-Mail government directly! Barbados’ Environment Minister is Denis Lowe; minister_environment@gob.bb}