In an exciting match in San Salvador last night, the Digicel-sponsored Honduras team beat El Salvador (also sponsored by Digicel) 1-0 to put itself on the road to World Cup glory in South Africa next year. 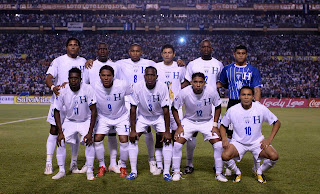 In fact, Digicel is the proud sponsor of three of the final six teams in the qualifying rounds ? and with Costa Rica among them and still in with a shout with its playoff match against Uruguay in November ? Digicel could be set to celebrate double World Cup qualifying success.

Fans across the Caribbean will be able to enjoy all of the action as it happens from South Africa as Digicel is also the regional broadcast sponsor for the FIFA World Cup 2010 thanks to a deal with IMC/Sportsmax.

In total, Digicel sponsors 16 national football associations ? and has also just wrapped up this year?s hugely successful Digicel Kick Start Clinics across both the Caribbean and Central America.

Kieran Foley, Group Director of Marketing for Digicel, comments; ?We?re absolutely thrilled that Honduras has made it through to the World Cup and we would like to say a massive congratulations and thank you to the players, coaches and staff at FENAFUTH.

?As the main sponsors of football across the Caribbean and Central America, we do everything we can to ensure that the players are well looked after and supported ? and that the fans get as much interaction with them, and the game in general, as possible. The atmosphere in Honduras last night was fantastic with tens of thousands of football fans hitting the streets late into the night to celebrate their teams? great achievement and the President declaring a national holiday today to mark the occasion. Football fans across the Caribbean and Central America can look forward to a great eight months in the run up to the FIFA World Cup 2010 as Digicel will be bringing football fever to the masses in loads of exciting and fun ways.?