I think Barbados is slowly slipping into a form of moral/ethical quicksand and is officially unaware of it, yet if you try to drag them out, they scream how warm and comforting the mud is… Afraid to blaze new trails or chart new paths in genuine Post-Independence Enlightenment, they rather cling to Colonial edicts poured into new Courthouses and declared Bajan jurisprudence or respecting a CCJ which has only 3 members and not one of those three is even the host-country. One can only ponder if the Caribbean really ever wished to divorce London’s Privy Council in the first place?

This is one small example, for when the Barbados Registry – which is collecting funds – dictates to the people it requires these funds from, as to how they must present themselves… Yet no immediately visible sign nor any TV or radio announcements warning said gentry what is expected, is it any wonder there could be what may be construed as a mini-Spartacus in reaction? The only notice given is taped on to the side of a filing cabinet inside the building, and it is so old as to have begun fading… Mind you, no sign is allowed as it is thought to deface the building and yet none of these customers are witnesses, testifying or on Jury Duty!

Political affiliations create tempests in teacups over the appearance of cornrows in the Upper Chamber, yet deafening silence over dreadlocks (However bound into a pony-tail) nevertheless establish hopeful precedents towards an enlightened approach as to how work is separate from one’s personal choice or belief. Even Liz Thompson was chastised for her Bongo Natties as an MP, she chose to lop it all off and have a bald pate and this too was a problem – perhaps a burqa would solve all of that?

These are the tropics! Should robes, ties and jackets be mandatory? What is wrong with a well-tailored guayabera –aka – Shirt Jac or Dashiki or Polo Shirt of light linen or similarly appropriate material? In Bermuda, their world-famous shorts are as expected as powdered wigs – in Amsterdam, USA and UK during summer, all Postal and Police staff are not only allowed but expected to use only shorts while carrying out duties!

Doesn’t Barbados have Summer more often than they do?

I feel it is enduring such terrible heat which led to the unnecessary spectacle of a Public Flogging over Punctuality, was the student asked why he was late? The teacher, I see, is of a Rastafarian persuasion – is he exercising his cultural mores? I am shocked there was no outcry for his hirsuteness (Could the tresses have overheated his capacity to reason?), but then teaching is not a Political position and therefore not deemed as significant… Maybe that is why some educators trail on the tailcoats of those so anointed?

I dare to show that Page 3 girls in UK’s The Sun or any bodybuilding contest is more of a meat parade than Risee’s feature, and I have denied the FB crew their right to expression and they stated only **I** am correct in my view!

Back now, had to blow nose and drink water, was laughing so much! Ahem!!

Of course we all know what this reminds me of, right? When those in the Bajan Spoken Word community got vex when I did not do as all others and just politely clap and say “Well Done!“

I leave that for the dead-tree editions, this is where you’re more likely to find truth or a more frank opinion, ok? So if children are present when cursing happens? I write about it. 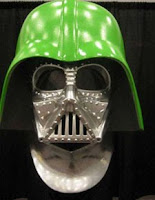 If I think poetry is unnecessarily racially biased? Then I call it out!

Only in July this year, there was an attempt to place me in hot water for my daring to declare my opinion on a night of Poetry at Tyrol Cot and one of the performers tried hard to insinuate I was being slanderous and to go so far as to demand a retraction! It’s even happened with Polo, when Bizzy’s wife called me screaming about a review I did on Waterhall in comparison to Lion Castle…

What do these have to do with Barbados’ Neo-Colonialism? There are claims all the media is watered down, yet when my stories appear and they are NOTHING like what appears elsewhere, then I am worse than Dr Doom and Darth Vader combined? It makes me feel the Spoken Word Community and some Polo interests want to SEEM as though they are desirous of Progress, but when actually given a chance, they balk at it!

All of this eventually led to me dropping a comment at ye olde FB that Barbados is more Colonial than Merrie England and maybe we should IM or text, hold it – too modern, send a Ramier Pigeon with a sheepskin tied on one leg, inside it declares in ancient calligraphy an apology which asks for our Independence to be transferred to either the Caymans or Turks & Caicos, who are far more deserving?

Barbados is allowing hypocrisy and dishonesty to be the benchmark for personal interaction whether on a social or professional level and if this is the rule and not the exception, would any investor really feel comfortable doing business here? Is this why Moody’s took a pot shot at part of our fiscal portfolio? We need to straighten up and fly right, take our blows and be leaders on Free Speech and FOI!