?I?m not scared of lions and tigers and bears? the fearless Brown Sugar sang, just moments before she won the title of 2009 Digicel Rising Star. 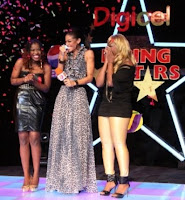 The long anticipated finale of the sixth season finally arrived last Friday. After months of auditions, performances, and numerous memorable experiences, the 2009 Digicel Rising Stars Journey has finally come to its end as Jamaica picked the best from the west.

The night, which started at 8:30pm at the Courtleigh Auditorium, had Yendi onstage for the last time this season. After announcing the season?s judges, Nadine Sutherland, Anthony Miller and Clyde McKenzie, she went to Kiki who took the Chill Room to the Mas Camp stage. Kiki kept the Mas Camp crowd hyped up as they all watched the elimination show on the big screen.

As the audience sat still in eager anticipation, some still in disbelief that the show had really come to its end, the judges did their round up of the season.

Nadine went first, stating: ?It?s the first time we?ve had so many females in one competition, and so many strong females… 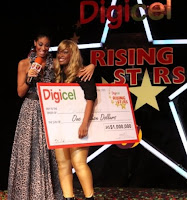 you saw some people that immediately went out of the gate and you had some people that at the end, people were not looking at, they were dark horses, and they just emerged, so this competition became interesting. So it was a pretty exciting year.?

Clyde, who had similar thoughts, commented: ?I think it has been a remarkable year, I think in terms of the depth of talent this has probably been one of the best I?ve seen and I?m very happy to see how the show progressed through the year. So yes, all in all it?s a nice little show!?

Anthony then concluded with the be all and end all statement: 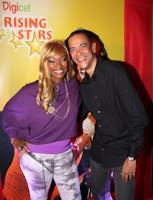 ?A nice mix of talent, but in a talent show like Rising Stars you?ve got to have that focal person and that always generates the interest and we had Chris and Noddy one year, and this year the focal interest is on Brown Sugar.?

After the judges were through, the final two contestants joined Yendi on the stage for a final joint performance of Alicia Key?s Super Woman. The performance was well received by both audience and judges alike.

Princess Tia?s final performance as a Digicel Rising Stars? contestant then followed. Tia performed the song she most connected to at this stage of the journey, Michael Jackson?s Man in the Mirror. A crowd pleasing performance, Clyde commented: ?She has grown tremendously and what I have admired is her resilience, she has been able to withstand batteration… yes, she is intelligent, poised, and I think she has a very far way to go.?

Brown Sugar?s final performance as a contestant came next. Singing the same song that took her into the top ten, Jasmine Sullivan?s Lions, Tigers, Bears. Sugar gave an awe inspiring, goose bump inducing performance that would have given Adena a run for her money, showing truly how fearless she really is.

?Brown Sugar is a fascinating character, I think she has energized this competition, she is a marketing marvel, she is able to define herself, brand herself, and hey, that?s Brown Sugar!? commented Clyde.

Anthony concluded: ?Talent shows are not just about vocal prowess, you have to have a vibe and a hook, and her hook is those blonde wigs and those outfits, I mean Brown Sugar puts her sexuality on its limits.?

It was then time for the BIG announcement. After months of campaigning and intense competition the final two awaited their fate. Yendi finally announced the Digicel Rising Star for the year 2009: ?Mitzie ?Brown Sugar? Campbell!?

After Princess Tia was presented with her second place, $600,000 cheque, CEO of Digicel Jamaica, Mr. Mark Linehan came forward to present Brown Sugar with her $1Million cheque amidst a flurry of falling confetti. 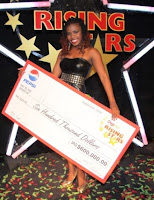 Brown Sugar who accepted the check speechlessly, and still in shock, soon regained enough composure to perform one of her Digicel Rising Stars favourites: Tanya Stephens? What A Day.

With the first half of the exciting night over, the girls were then quickly swept away to Mas Camp via stretch limousines where they proceeded to chill in the star packed VIP area backstage.

The rest of Mas Camp, which was crammed to the point of over flowing enjoyed an all Digicel Rising Stars line up, which included K’Alee, Romain Virgo, Daynea Deacon, One Third, Chris Martin, Cameal Davis, Cavan, Laden and the entire 2009 Digicel Rising Stars top ten! Tessanne Chin joined the Diva Adena during her performance of Black Book, while I-Octane sang Mama you alone with Princess Tia in a tribute to her mother and both Etana and Tifa accompanied Brown Sugar during her performances of Roots and Spell It Out respectively. G Whizz, Assassin and D Major also made appearances on stage.

The night finally came to an end at 1:30am, five fun filled, anxious, exciting and memorable hours after it had began. The little girl from Negril who had bloomed right before our eyes every Sunday evening for the past eleven weeks had this to say as her parting words: 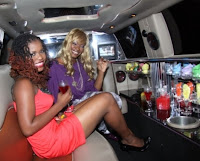 ?Yes, Digicel Rising Stars is the best experience I?ve ever had in my seventeen years, of life and I will never forget it!?

Meanwhile the blonde Duchess from Bogues, and 2009 Digicel Rising Star, Brown Sugar plans to hit the ground running: ?You see true mi no waan stale, mi ago go back to di hotel room and write a song, right now! Mi have to get to work right away, cause mi no waan die down, mi waan keep di likkle fame and di popularity going same way!?

The Sixth Season of Digicel Rising Stars has finally come to its end, congratulations Brown Sugar, continue to make Jamaica, your voters, proud!