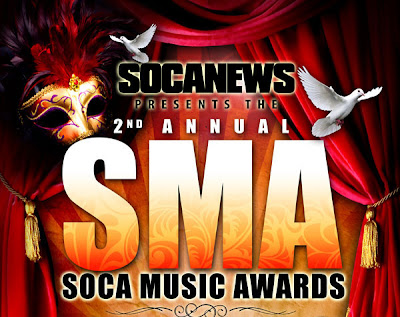 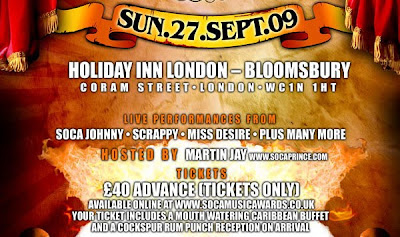 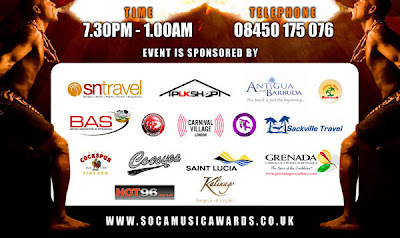 Tickets are ?40 in advance with limited tickets at ?25

And a Cockspur Rum reception on arrival

To Vote in the Second Annual Soca Music Awards visit

Finally soca has began to be looked at in the UK as a music and as a culture. Two of the most prestige shows are now in the warm up stages “The Soca Music Awards” and “The Calabash Awards“.

Both shows are aiming at giving soca artists in the UK the recognition they much we deserve. The vibe is this, last year Scrappy was nominated in each show for an award. This year between both shows Montserrat’s Scrappy is nominated for four awards.