There’s an old conundrum which poses the following situation – who’s more foolish? Those who lead or those who follow? A vigorous debate can be touted for either side, but if both sides are not operating with a full deck in the first place …. ?? Is there really any point in playing a blame game? I’m referring to the whole sorry and sordid mess of Chris Brown and Rihanna – on his part? He chose to try and look like a black Jimmy Olsen with that ridiculous powder-blue bowtie and give a woe-is-me plea on CNN’s Larry King “LIVE.” He can’t remember what happened (Odd, he gave the head trauma, not received it). He says he will always love her, they’re Romeo and Juliet – does he read Shakespeare? A rather chilling comparison, then again, maybe he knows exactly what he’s saying – I’m gonna love you to DEATH, b**ch!

The court case where the judge made sure NEITHER side tries to see each other, it all comes out he did mash up her Land Rover in Barbados by imitating a Bajan and grabbling some rock-stones and f**king ’em through the glass – it was a rumour here for months but now is proven true.

Meanwhile – The two cops who have been alleged to sold that sad photo of Rihanna (I think now she changed forever that night) to TMZ are now on special leave… Big Deal. If it’s true what was paid for the one shot (Like a year’s salary for them), will it matter?

As for Ms Robyn Fenty, late of Westbury Road, St Michael… She gets a hairdo only a cockatoo would love, then bursts in a nightclub on July 4th no less in an outfit more appropriate in Brazil’s Carnival celebrations, even then Brazilians have more taste and class!

More tattoos, and you almost dare yourself to wonder if there could be worse? Why ask? 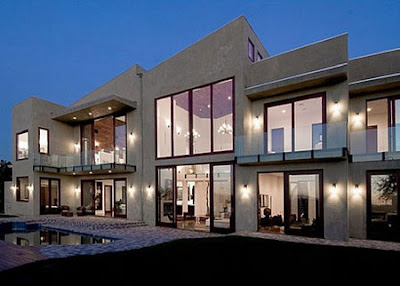 She splurges on a mansion for $10 million US yet I hear nothing of investing or even buying an Apes Hill property for her family or anything so… If I got that kind of money, all the bigging up would be here, clear the mortgage and then my family first, plus finding property to rent!

But no, the real kicker is when she does a photo shoot where she ALMOST manages to make Grace Jones look like Mother Theresa… Why get annoyed about the nude pictures earlier this year then? She should tell Def Jam to keep quiet since Ri-Ri plans to do worse…

What kind of message is she sending to young Bajans? I dared to ask this on Facebook by Peter Boyce’s page, and only a few saw where I was coming from, here’s a detractor;-

“You know what? You people need to stop looking at Rihanna “as the little snuffy girl that grew up in Westbury Road (or wherever)”. She is an ENTERTAINER and an INTERNATIONAL SUPERSTAR. This is fact regardless to whether you like her or not. She does not dress this way in public! It is was just a photo shoot for VOGUE magazine.”

Another reader who was pissed at my assessment;-

“...it is rihanna’s body she is 21 years old and is entitled to do whatever she pleases…shit dem got 15 and 16 yr olds dat walking bout in barbados worst and no body tells them nothing and she is a 21 yr old millionaire and she is to dress to pls ppl like u???? well not “dress… Read More” cause it was for a photoshot with an extreme couture fashion magazine and BTW {By The Way} where are her tits? as far as i know i see pasties over them….plus this photoshoot had about 15 pics what is the big deal if she “took it off“ for 1?…just like most photoshoots nowadays smdh {Shaking My Damn Head}“

Now I get it! If you are a Barbados Youth Ambassador then sluttiness comes with the package, right? At least one facebooker saw my perspective;-

“Okaay – Being an “international star“ and not the “snuffy girl from West Bury Road” dictates that she should have no compunctions at all about it as to how far she will go?? HOW MANY OTHER MILLIONAIRE INTERNATIONAL SUPER STARS ARE DOING THIS???? Why aren’t the men showing their star-cover penises? (Pun intended) You give me a break!!! AND, the fact that you think it’s “just a photo shoot“ or “she’s a 21 old millionaire” speaks to your lack of depth and insight. LOOK AGAIN!!!!!!

“SHE IS A ROLE MODEL. Whether she wants to be or not. It comes with the territory – when she signed up to be in the public eye, she signed up to be a role model. How then can you say … she doesn’t have to set an example? Yes parents should and do set examples for their children, but from what I know, when you want to do something that someone else has done, the best way to get there is t learn from the one who’s already done it. We’re not talking about simple issues here – this is far more in depth than that.“

IMHO? It is about time for this current administration to ask Ms Fenty to resign from the Global Diplomatic assignment, or rescind or revoke it quite vocally so as to salvage some form of reputation on the world scene, as we are now party to a planetary laughing stock as she spins wildly out of control…