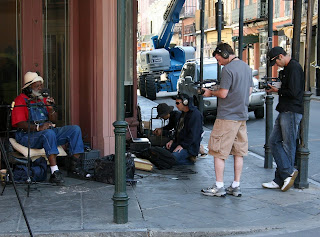 Playing For Change: Songs Around The World ? Deluxe Edition, featuring the award-winning, previously unavailable full-length documentary film Peace Through Music will be released by Playing For Change Records/Concord Music Group on October 13th. This special two-disc package includes a 10 track ?Songs Around the World? audio CD plus DVD containing the 84 minute documentary as well as 2 bonus chapters: ?The Filmmakers? Journey? (a 15-minute behind the scenes featurette consisting of interviews with project executive producer Norman Lear, directors Mark Johnson and Jonathan Walls along with several other key members of the Playing For Change initiative) and ?The Playing For Change Foundation,? focusing on the enlightening and inspiring work of the project?s remarkable non-profit organization. 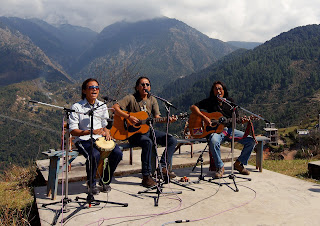 With its stirring call for reconciliation and cross-cultural unification, the global music collaboration/multi-media project, Playing For Change has struck a deep and powerful chord world-wide. ?Playing For Change is an exploration into the human spirit,? stated founder and film co-director/producer Mark Johnson.

?It demonstrates the power of music to unite us as a human race.? ?The project brings an insight into humanity,? adds co-director Jonathan Walls. ?It?s my wish that audiences around the world absorb this musical essence and become inspired to participate and celebrate its manifestation.? 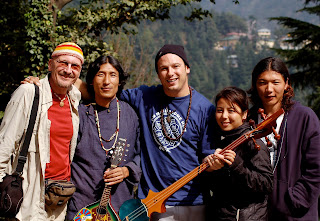 A co-production of Timeless Media and Engine 7 Films, Playing For Change: Peace Through Music, is a story of hope, struggle, perseverance and joy. The version included here contains an additional 26 minutes of never-before-seen narration and performance, with scenes filmed in Nepal, India, New Mexico and Barcelona. The filmmakers traveled the globe with a single minded passion: to connect the world through music.

Their ambitious journey took them through a myriad of cultures and visually stunning locations including post-apartheid South Africa, the ancient sites and conflicted regions of the Middle East, the remote beauty of the Himalayas and beyond. Using innovative mobile technology, the Playing For Change crew filmed and recorded more than 100 musicians, largely outdoors, in parks, plazas and promenades, in doorways, on cobblestone streets and amid hilly pueblos. The film, broadcast nationally on PBS this summer, spawned the intensely emotional video clip ?Stand By Me,? featuring 37 musicians from around the world including now famous Grandpa Elliott, Roger Ridley and Clarence Bekker.

It has been viewed by more than 30 million people to date on sites like YouTube and Vimeo sparking the global Playing For Change movement, one of 2009?s most unlikely and inspiring cultural phenomena. 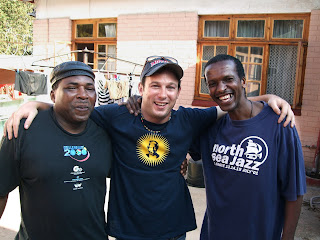 Momentum has continued to build for the project, as founder Mark Johnson and the musicians of Playing For Change were just named ?Persons of the Week? on ABC?s World News Tonight with Charlie Gibson. Playing For Change has been profiled many times nationally including on NPR?s Morning Edition, CBS News Sunday Morning, PBS? Bill Moyers Journal and Tavis Smiley, just to name a few.

The Playing For Change Band, comprised of some of the project?s musicians from around the globe, recently performed a thunderous set headlining the world stage at England?s Glastonbury Festival and played before a rapturous audience at Tipitina?s, New Orleans? landmark concert hall. On July 3rd the band returned to the place where the movement began, kicking off the Santa Monica Pier?s summer-long 100th anniversary celebration with an amazing show.

In addition, the band has made numerous television appearances including NBC?s The Tonight Show (twice in the last 5 months!) and most recently a special performance of ?Stand By Me? that featured Grandpa Elliott for Comedy Central?s The Colbert Report.

On November 13th at Club Nokia in Los Angeles, the band will play a special show featuring the legendary reggae master Toots Hibbert of Toots & the Maytalls along with special guests to be announced soon. A portion of the proceeds from this show will benefit the non-profit Playing For Change Foundation.

Playing For Change ? Songs Around the World Video Stream:
?Stand By Me? – Vimeo?s 7th most played video.

Stand By Me | Playing For Change | Song Around The World from Concord Music Group on Vimeo.