Due to the positive feedback about the Bridgetown Film Festival and several calls for an encore, 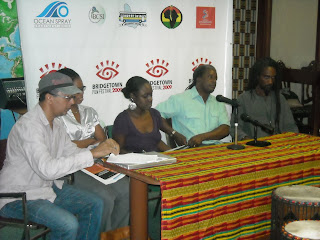 the Film Group has decided to start a Film Club.The Film Club will be comprised of film enthusiasts like yourselves and will meet each month to screen a sample of world cinema under the stars at the Bridgetown Open Air Cinema, located at Ocean Spray Apartments in Inch Marlow Christ Church. A small membership fee will be charged and this will allow the individual access to each monthly screening as well as access to the Bridgetown Film Festival.

So email us here at filmgroup@sunbeach.net for more information and visit the Bridgetown Film Festival facebook page as we’ll be hosting discussions about this. We are also accepting suggestions for films and themes.

Thanks for your interest and we look forward to your participation in this new and fun venture.