Received the following e-mail from a former Starcom stable-mate who’s had enough of shoddy products and service in Barbados and wants action, not lip-service;-

It’s time to cut the talk and get involved. The only way that consumers will get their rights is for consumers themselves to get up and to do something about it. This is the message on the membership form of the Barbados Consumers’ Watch being circulated, seeking membership.

Check it out: Do you think that we need a strong consumer body? The form queries. “What do you think a consumer organisation can do for you and the consumers of Barbados?” it continues. 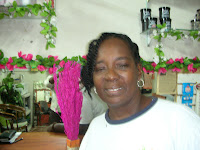 The driving force behind the new organisation is none other than Ms. Annette Beckett, former President of the Barbados Netball Association, and the first female Bajan to sit as a Director on an International Sporting Federation. She also has some knowledge of consumerism.

There is no doubt that Barbados does need a strong consumer organisation, but it can only happen if you the consumers answer the call to come together. We sincerely hope that you come out and support Annette with this effort.

The drive is being supported by BANGO because of its attempt to attract mass membership. This is an opportunity to create an organisation to support you the consumer and to keep you informed with new information and also to build an archive of standards which could be accessed by members.

This effort is so necessary at a time when global economic arrangements include free trade. This means that Government can no longer easily impose such mechanisms as price controls and it is now up to the consumer to take guard in order to enjoy some level of consumerism. It is now for consumers to monitor such things as quality and safety. We need to be linked to such agencies as the FDA and hundreds of standards bodies across the globe as well as to our own BNSI.

This has nothing to do with studying legislation and interpreting the limits of the legislation as well as intervening into public hearings or even going to the consumer Claims Tribunal. This new organisation promises this level of consumer services.

The Organisation already has a blog site where consumers can find relevant information and at the same time watch Consumer TV bringing the latest consumer news, features, documentaries, hearings and lectures.

You may download a copy of the Membership Form from the Barbados Consumers’ Watch blog. Complete and return form to any of the listed emails.