Trevor Rhone will go down in history as one of the driving forces behind pop-culture fascination with Jamaican music and language. As a co-writer of the groundbreaking 1972 film The Harder They Come, he introduced the American mainstream to the real Jamaica — focusing on the everyday lives of ordinary Jamaicans in their native language, and creating a platform to internationally showcase a then unknown sound called Reggae. The renowned playwright, author, actor and director, whose legendary works also include the book “Old Time Story,” the play Two Can Play, and the screen gems Smile Orange and One Love, passed away on September 15th at the age of 69. 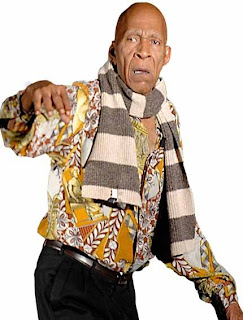 The Caribbean Cultural Theatre, and a host of other Caribbean-American cultural partners, under the patronage of the Honorable Geneive Brown Metzger, Consul General of Jamaica, New York, will be hosting a Tribute & Remembrance for the Life and Work of Playwright and Filmmaker Trevor D. Rhone, CD on Saturday, September 26th at St. Francis College-Founders Hall. The event will feature excerpts of Rhone’s stage and screen gems, and culminate in a traditional Jamaican ‘Nine Night‘ celebration or wake.

Trevor Rhone was born in Kingston, Jamaica on 24 March 1940 into a large family of twenty-one children – his father had married twice. A graduate of the Rose Bruford College in Kent, England his writings provide cinematic and theatrical windows into the complex sociology of “blackness” in African Diaspora life in North America and the Caribbean. Much of his work entails explorations of the role of gender in the changing economic, social, and relationship landscape of Black Diaspora life.

Rhone says he seeks “to mirror the lives of the ordinary man, and to reaffirm his strengths in such a way that he learns to diminish his weaknesses and to believe that he can make a positive difference in his society.”

Los Angeles Times calls Rhone’s The Harder They Come “timeless and universal…nothing short of amazing.” The 1973 film stars music legend Jimmy Cliff and features reggae music as both soundtrack and plot element. A poor Jamaican youth looks for success in the recording industry, but finds corruption everywhere he turns. The movie has become a cult classic and was an important factor in bringing reggae music to the attention of an international audience.

Milk and Honey was honored with the Genie Award for Best Original Screenplay at the Toronto Film Festival. Rhone’s screenplay credits also include One Love, which received high praise at Cannes last year and the Toronto Film Festival. His book ‘Old Story Time‘ (Longman Press, 1981) is in its 23rd printing and his most recent play, Bellas Gate Boy, had a highly praised reading at Harvard University and will be published by MacMillan Press. He was in the process of completing a new play, Sweet Potato Pie, which looks at black life in New Orleans.

Rhone also engages in acting, directing, and producing in the dramatic arts. He has authored more than 15 works for the stage. He served as director of the 1974 film Smile Orange and had a supporting acting role in the 1992-93 ABC television series Going to Extremes and the 2001 horror film Revelation.