Bridging the gap between the generations was the aim of the Barbados Association of Retired Persons (BARP) sponsored Elder?s Appreciation Day held at the Girl Guides headquarters in Pax Hill, on Saturday. A minute?s silence was observed in memory of the late Kathleen Drayton who died in office in July. 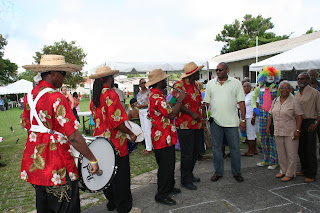 Minister of Tourism, Richard Sealy came to support the occasion and met new president of BARP, Ernest Batson. Mr. Batson said he hoped the event will teach local youth about their heritage and be nostalgic for the senior members of society. 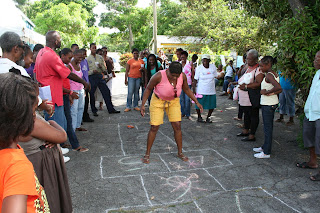 The second annual event which carried a fair-like atmosphere, exhibited items from old Barbados including the coal pot formerly used in the backyards of Barbadians to cook the daily meal, the scale which was used in shops to measure produce for sale, the first wired broadcasting system in Barbados, the Rediffusion cable-radio box; the jimmy-john – a large glass bottle used to store rum. 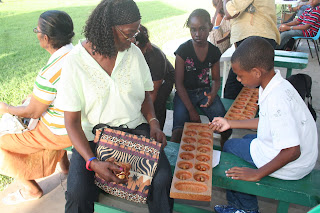 There were also games including warri, hop-scotch, chinese skip, as well as a jumping tent, face-painting, the landship and the tuk band.