Action-packed and educational is how the third day of the one-week training camp at Sunderland AFC?s Academy of Light can be described for the eight Digicel Kick Start Clinic footballers. 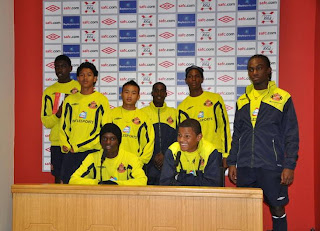 Having attended their first ever Carling Cup match between Sunderland and Birmingham City in the Stadium of Light earlier in the week – which resulted in a 2-0 win for the home team, the players had an action-packed day. Following a light morning training session conducted by Academy Coach, Ian Dipper, the boys were visited by Digicel Kick Start Clinics Head Coach, John Barnes, who joined them on a guided tour of the Stadium of Light where they got to see what happens behind the scenes.

Next up was a visit to the University of Sunderland?s Sports Science Center, where the footballers were put through a string of tests which included a reaction and co-ordination time test, and sprint and agility jump tests to measure how fast they can kick a football. 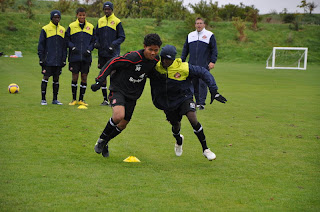 The boys also had a chance to visit the brand new City Space Centre in the University which is a multi-purpose sports facility featuring a world-class fitness station, a climbing wall, an injury support centre and a showcase sports hall with seating for 500 spectators.