WHAT IT TAKES TO BE A DIGICEL RISING STAR – PERKS & PITFALLS

Yes, it?s true. When you?re the Digicel Rising Star, doors immediately become easier to open and it has its perks. You can count on being pointed on as you walk down the street and being asked for autographs and photos. You can count on being on the concerts and stage shows, being asked to perform at all ends of the island, a fast-tracked career in the music business, endorsement deals, billboards, advertisements… the life of a Digicel Rising Star is what stardom is all about. 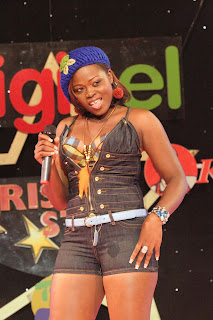 This year, the winner of Jamaica?s most popular talent contest ever will walk away with more than a million dollars in cash and prizes, but it?s going to take a lot to get that far, says the reigning Digicel Rising Star Cameal Davis, who comments that while the competition was fun, it was certainly a lot of work.
?It?s a lot of fun, but it?s a lot of work. Your performance just doesn?t come together on a Sunday night, and you have to know that people are watching and expecting a lot from you if you?re the competition favourite. You have to be strong, believe in yourself and believe that it can happen,? Davis said.
The competition?s performance director, Michael Sean Harris is of a similar opinion: ?Success in this competition will require a shift in attitude and awareness. The contestants, for the most part, come into the competition as amateurs. Yes, they have been told they sound nice by friends, family members and church, and yes they sing songs they have been exposed to and songs they love. But once they reach the top ten, their lives change.
?They go through a make-over process and get advice on image, fashion and a lot more. I am one of their creative/performance coaches, specializing in voice and stage repertoire. There are others for movement and stage craft and there’s also the musical director and producer. We all have input. Digicel Rising Star potentials have to make a shift from making their own decisions to being advised on song selection and performance,? he commented.
?It can be difficult, but we’ve seen those who make the attempt succeed. A singer isn’t always aware of which song works best for their voice, physical appearance or with the local audience and we assist them with that. They have the option to accept our advice or ignore it, and we certainly can’t force it on them, but Digicel Rising Star potentials have to shift to the next level of maturity as a performer to be able to use our advice to get ahead. Something as simple as learning a song you never knew before in a few days, because THAT song is the best to showcase your talents is exemplary of the drive and attitude needed to get ahead,? Harris, who teaches at the Edna Manley School of Performing Arts, says.
?Some contestants want to rely on what they already know and many times that is extremely limited and limiting. The Digicel Rising Stars experience will hopefully bring them that much closer to the level of truly professional performers or at least provide some of the necessary tools.?
Davis, who is the first female to ever walk away with the title, says the competition did a lot for her: ?Digicel Rising Stars did a lot for me. I mean the support we get as contestants was great, but the experiences were off the chain. Even at the road shows, you get to perform live; you get to learn how to watch crowds and feed off their energy, and read them. You have some crowds that are having the best time, but they don?t move. They don?t sing along, nothing. But when you?re finished they rail, and even want an encore.?
The only female judge on Digicel Rising Stars, Nadine Sutherland, acknowledged that the road is tough, but the contestants have to be tough too: ?Apart from talent, I think you need to have some consistency and the ability to take criticism with grace. That is very important. 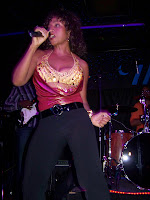 ?One of the things a Digicel Rising Star has to do is take criticism for what it is. It might sound harsh, but they have to be able to take the advice from criticism and apply it to their performance the next time around.?
Sutherland also contended that one needed to have a deep sense of self, and belief in themself: ?You have to have confidence, and belief in yourself. That doesn?t mean that you?re boastful or over-confident, because that shows up insecurity. Arrogance is evidence of deep insecurity, and that is not what a Digicel Rising Star is. You definitely need to know who you are, keep grounded, and realise that people can love you one week and drop you like a hot potato the next. This show can be a very intoxicating experience both for the audience and the contestants and the Digicel Rising Star would have learnt to cope with that.?
The competition?s mother-like figure said that it is also important for a Digicel Rising Star to never take their performance for granted, especially when they are competition favourites.
?I see it happen year after year, good talent can get caught up in the hype and let their performance fall by the wayside. Never, ever, take your performance for granted because right now, that?s your bread and butter,? Sutherland closed.
Last Sunday, the final seven performed for an excited audience and attentive judges, but only the voting public can choose the Digicel Rising Star, and they have a far way to go before the next Digicel Rising Star is crowned.