BoUiK BY TONI THORNE’S MARTHA’S SMILE INITIATIVE: Combining Youth And Creativity To Do Its Part To Heal The World

At a time where most depictions of society?s youth are negative, 22 year old entrepreneur Ms. Toni Thorne, 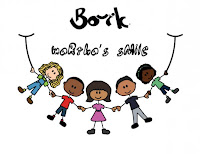 CEO of BoUiK and graduate of the University of the West Indies Cave Hill, has assembled a small team with a fresh new approach to the fight against HIV/AIDS. Viewing social responsibility as a vital aspect of modern business, she identified the need to give back to society with the non-profit venture Martha?s Smile.

Statistics confirm that globally, the Caribbean ranks second only to Sub-Saharan Africa in terms of HIV/AIDS prevalence, making it possibly society?s biggest threat, particularly to our reproductive sectors. Motivated by this harsh reality, the Martha?s Smile initiative, seeks to use creativity to assist Martha?s Home, a subsidiary of the Mustard Seed Communities.

As a private home in Jamaica, it is responsible for approximately thirty HIV infected children who have either been abandoned or orphaned. However, in a sad twist of fate, in March of this year Martha?s home was burnt to the ground; thus the initiative was conceptualized to contribute to the restoration process.

Ms. Thorne explains, ?Jamaica was responsible for a large amount of the exposure we received as a small company in the Caribbean fashion industry. We simply had to do something to give back to the lovely community there; ideally, it is a regional effort.

I think everyone knows someone suffering from the stigma and health effects of HIV/AIDS. It impacts everyone. When I acted in Secrets and had to immerse myself in that situation. It dawned on me that each of us can have a purpose and can make a difference.?Under the project, which is already turning heads, dance and music lessons will be provided to the home?s charges for at least a year. Additionally, BoUiK intends host an Art Day where the children will be asked to paint and dye an all-white collection donated by the Caribbean?s best designers. This collection will then be showcased and auctioned amidst all its deserving glitz and glamour in late September in Jamaica. All proceeds from the highly anticipated fashion show, which has thus far been endorsed by The Jamaica Child Development Agency, Jamaica Association of Young Professionals, Toy Box Charity Foundation and Mustard Seed Communities, the Love Campaign and Pulse Caribbean, would then be donated to Martha?s Home.

?We really have to thank the media entities from Jamaica right down to Trinidad. They have all been very cooperative and supportive; even the members of the Facebook group, the enthusiasm thus far has been humbling?? said Public Relations and Communication Officer for the project Sade Jemmott, also a Cave Hill graduate, ??it is refreshing to see this kind of regional cooperation. I?m just happy to be a part of it and to work with Toni, she has a big heart.?

Clearly, Martha?s Smile is contagious as designers from as far as Columbia, in the likes of Alfonso Mendoca, the project?s official accessories designer, are ?ecstatic?

that they could be a part of something that combines their passion with such a noble purpose. Trinidadian designer and fashion extraordinaire Peter Elias, even went as far as to describe the venture as wonderful. Similarly, when asked to join the effort, noted stylist, music video director, fashion designer and makeup artist Dexter Pottinger simply said, ?Count me in! I?m on board!?Barbados Rojoe, Fetish by Cassandra Mottley, Fifth Element, Kaye Applewaithe, Kingley Thorne, Nefertari, Pat Blackman, Pat Brathwaite, Pauline Bellamy, Posh Punk by Antonio Cumberbatch, Shakad by Shanika Burnett, Sharon James, Simon Foster, 3rd Revolt, Wayne Smith and the list grows daily.

In essence, BoUiK by Toni Thorne is leading a new charge in the fight against HIV/AIDS suggesting that together we could win the war?and win it with style.

BoUiK by Toni Thorne emerged from a business plan submitted in a National Competition. A couple years later, it is not only strutted on the Caribbean?s hottest models and featured in the most prestigious shows but was the 2009 Caribbean Fashion Awards? ?Young Upcoming Design? winner. BoUiK is more than a business?it is a passion.