Omar Phillips, a left hander from Barbados who has never represented his homeland, experienced a most remarkable day of personal achievement as a Test cricketer on the third day of the First Digicel Test between the West Indies and Bangladesh.

The 22 year old, who plays his regional First Class cricket for the Combined Campuses and Colleges team, was included as part of the West Indies replacement side after the regular players took industrial action. He responded by scoring an impressive and composed 94 in his first Test innings at Arnos Vale and while he was delighted with the achievement he was gutted that he did not go on to triple figures.

?It was one of the easiest hundreds you will ever get at this level and I was really disappointed,? Phillips said at the end of the day?s play.?The hundred was in the bag for the taking but that?s the way cricket plays, to carry on from here is the hardest step because the next innings starts from zero,? reasoned Phillips, who credited Sir Hillary Beckles, the Pro Vice Chancellor and Principal of the University of the West Indies for soothing his nerves the evening before. 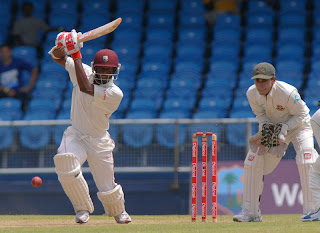 ?We had a little meeting last night and he (Sir Hillary, who is also a director of the West Indies Cricket Board) actually calmed my nerves a bit. He is always a good father figure to talk to when you need some advice so I try to make him proud as much as possible representing CCC and UWI,? said Phillips, who is in his second year reading for a degree in history at the UWI Cave Hill campus in Barbados.Phillips was especially proud of his achievement since he noted that it is a watershed moment for the CCC team which has been making marked progress at the First Class level.

?It sends a good message to the public that you don?t necessarily need to represent your country, you can play for CCC which is a team of a lot youngsters around the Caribbean and you can also play cricket and further your education which is a good thing,? Phillips reasoned.

And he conceded that a change of tactics led to his downfall six runs short of what would have been a deserved century. 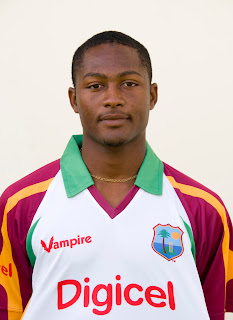 ?I changed my game plan a little going into the 90s, you always hear talk about the nervous 90s but I should have continued the way I was going at the time,? said Phillips in retrospect.

The left handed Phillips opened the innings with fellow Barbadian, Dale Richards, and began the third day?s play on nought but progressed steadily to within touching distance of the century but fell short when he drove medium pacer, Rubel Hossain, loosely to short cover. Had Phillips achieved the landmark, he would have been the first West Indies Test batsman, since fellow countryman, Dwayne Smith, smashed 105 against South Africa in 2004 to have hit a ton on debut. {NB – All photography courtesy Brooks La Touche Photography and DigicelCricket.com}