“On 10 December 1941 Pigeon was docked at the Cavite Navy Yard when Japanese warplanes attacked. Since Pearl Harbor, Hawes had main steam pressure up and the crew aboard, ready to get underway. 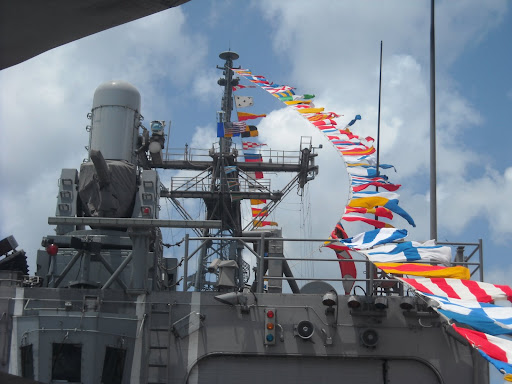 “Lashed to Quail (AM 15), which provided steering for both, they cleared the docks and headed for the safety of the bay. By this time Cavite had become an inferno. Seeing that the submarine Seadragon (SS 194) was about to be engulfed by bombs and fire in her berth, Lt. Hawes maneuvered Pigeon back to the flaming dock to haul the helpless submarine stern first from her berth. Another submarine and a minesweeper had just been sunk by direct hits. 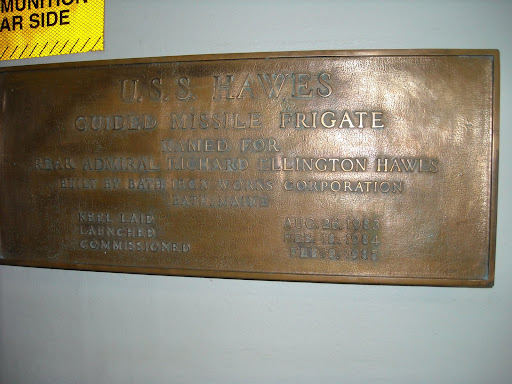 “The heat and flames were so intense that they blistered the ship’s paint, singed off body hair, and melted the brim of Hawes’ cap. But Pigeon’s crew managed to rig a line to Seadragon and tow her to safety, for which Hawes received his second Navy Cross and Pigeon was awarded the first Presidential Unit Citation of the war. Except for the brief periods when he was in transit or putting USS Chanticleer (ASR 7) and USS Anthedon (AS 24) into commission, Hawes spent virtually all of World War II at sea in the Pacific in command of his three ships. Like Hawes himself, his ships always had a reputation for efficiency and readiness.

The Rear Admiral is the only seafaring Officer in the Navy allowed to use his own version of the “Jolly Rodger” (Skull and crossed bones with four red strips indicating the successful engagements he and his crew fought) by permission of the Commander-In-Chief (President) and the vessel named after him is allowed to continue that privilege, me and my wife had a rare opportunity to see the innards of a military vessel at the Deep Water Harbor on July 4th.

This ship’s motto “Ever Ready, Ever Fearless” is exemplified in its present-day crew apart from who the ship is named after – the USS Hawes was in the Gulf near Aden, Yemen after the bombing of the USS Cole nearly ten years ago. 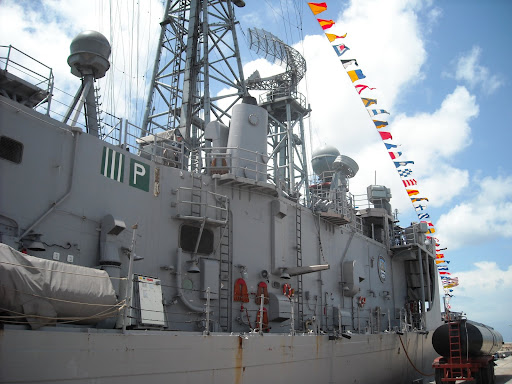 Many ships are referred to as “SHE” or “HER,” fewer still at the moment have a lady as Commander. The USS Hawes is one of those exceptions…

Commander Kristin Jacobsen is a 1989 graduate of Wellesley College, where she earned a Bachelor of Arts degree in Political Science. She was commissioned in 1990 after completing Officer Candidate School in Newport, Rhode Island. 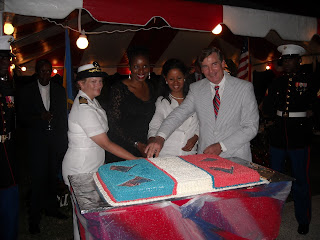 CDR Jacobsen attended the Army Command and General Staff College at Fort Leavenworth, completing the staff officer course and earning a Master of Military Arts and Science with a subspecialty in Military History. She subsequently served onboard USS PELELIU (LHA 5) as Navigator and USS FORD (FFG54) as Executive Officer. Most recently, CDR Jacobsen completed a tour as Chief Staff Officer for Destroyer Squadron 23, the “Little Beavers.” CDR Jacobsen has deployed to the Arabian Gulf, Western Pacific Ocean, Mediterranean Sea and South America, and participated in several multinational exercises and operations.

Her personal decorations include the Meritorious Service Medal with a gold star, Navy Commendation Medal with a silver star, and the Navy Achievement Medal with one gold star. 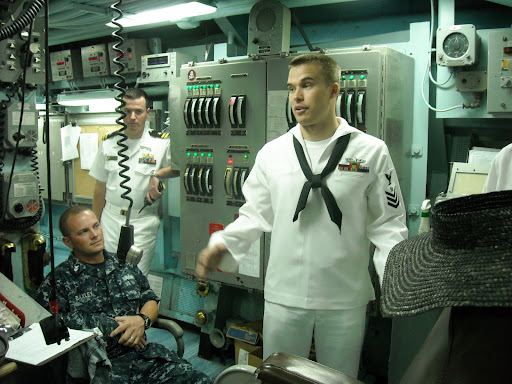 The crew’s priorities also include safety, holding regular fire drills and knowing where and how to use OxygThe USS Hawes can be self sufficient for a period of three weeks at maximum before replenishing fuel and supplies, the engines can suck down thousands of gallons of a special diesel in a matter of hours if operating at maximum capacity (Their crew is not so far off in guzzling capacity when off-duty and handling Bajan rum). 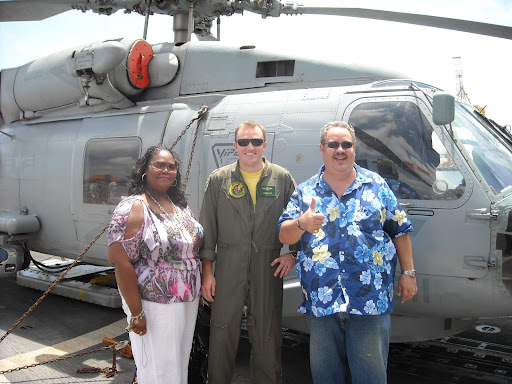 The vessel also performs illegal narcotics interdiction with UK crews on high seas and has its complement of two helicopters. One of the helo-pilots is Rob Kane, which to me sounded like “Bob Kane” the creator of Batman! 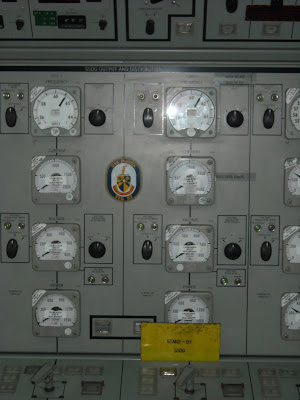 Batman is a kick-ass dude and if he says “NO” then it’s “NO” and don’t bother arguing… The same thing applied to getting pictures of their weapons array, they made sure no one had a camera even in their hand – when my wife was gonna hand one of the sailors her Hilton business card? They were ready to pounce on her until they actually saw the card and then they relaxed! OMG, all she was doing was booking rooms for an officer for when next he berthed here, sheesh! 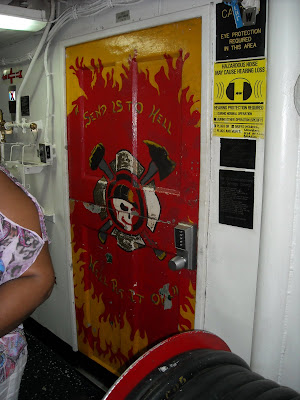 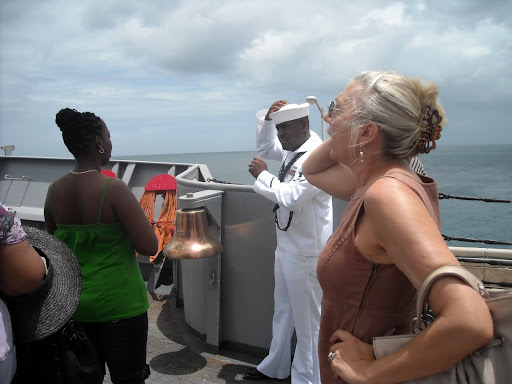 We were from stem to stern of the ship, crawled up and down nearly vertical ladder-steps of the USS Hawes, through the crew’s mess room, met the bosun who explained why the ship’s bell had the name of one of the sons of the crew engraved on it. 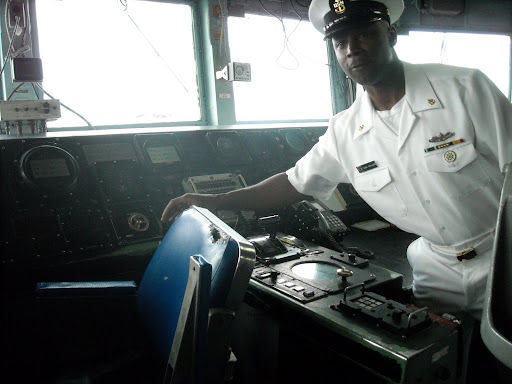 We were also on the Captain’s deck, and guided by Quartermaster Nelson, who is a former semaphore specialist – he also joined the Marines straight from High School, but the post using flags as letters recently became obsolete, so he adapted to being Quartermaster. 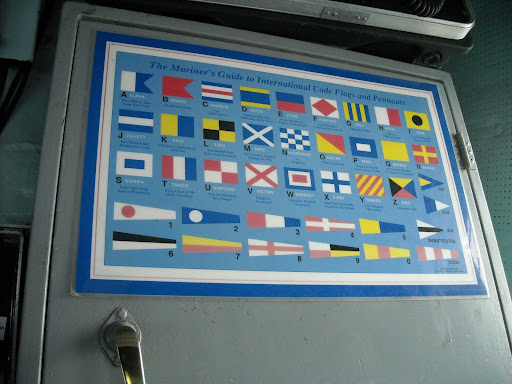 QMC Nelson informed us landlubbers how since 9/11 it is an Executive Order for all American ships to bear the flag “DON’T TREAD ON ME” (Red stripes on white background with a rattlesnake, based on 1st US flag) until the War on Terror has been won. 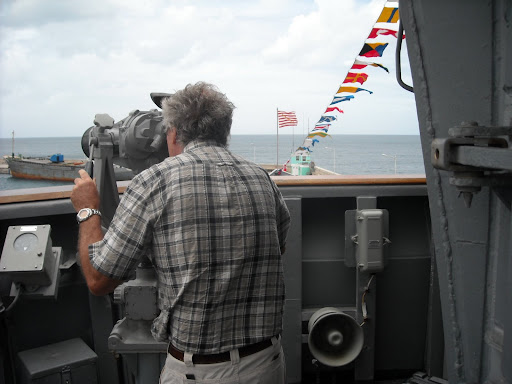 Helping the USS Hawes accomplish this task apart from the air support is a Gatling Gun which when emptying rounds in a night sky looks like a yellow trail of shooting stars! 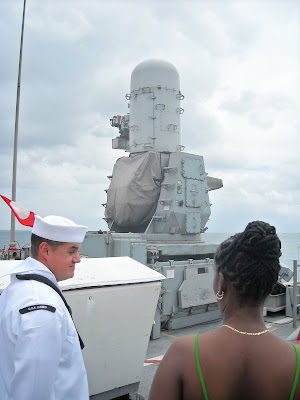 This vessel is not brand new, but still remains an integral part of America’s law-enforcement in a seafaring manner! SEMPER FI! 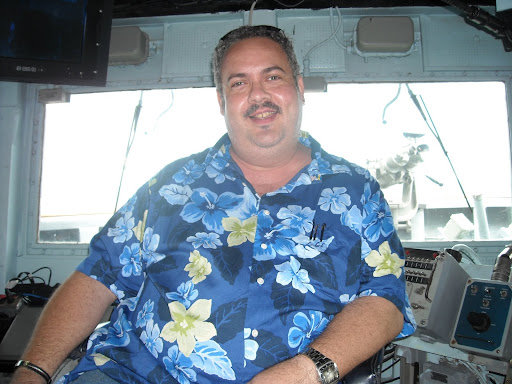