SLUICE GATE FAILURES CONTINUE TO CAUSE ENVIRONMENTAL PROBLEMS AT GRAEME HALL – RELEVANT GOVERNMENT MINISTRY OF BARBADOS YET TO COME FWD – WRITE THEM!

?The water either drains completely or is stopped up,? said Stuart Heaslet, representative for the Sanctuary. ?There has been no effective wetland water level control in place for many years.? 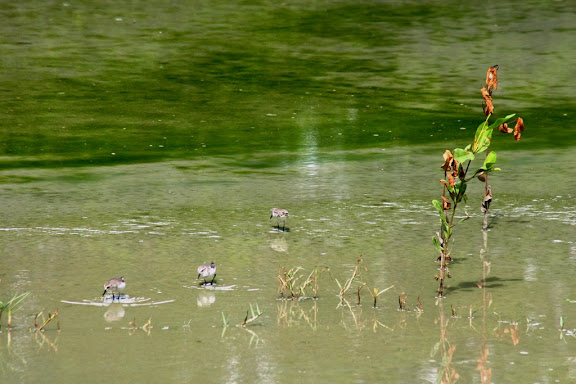 Low water levels in the wetland have caused stagnant ponds to form in the drainage canals. Stagnant water is a haven for breeding mosquitoes, including the malaria-carrying anopheles mosquito. As a result, the Sanctuary has been forced to use insecticide pellets to control mosquito populations.

?Years ago we were able to control mosquitoes naturally. When the sluice gate worked, we were able to raise the water levels and get water flowing through the canals. Flowing water in the canals meant fewer mosquitoes not only for the Sanctuary but for the surrounding neighborhoods,? said Heaslet.

{Bajan Reporter’s IE – This means through inactivity by succeeding regimes of Barbados, people in Worthing & surrounding environs are at risk to dengue fever} 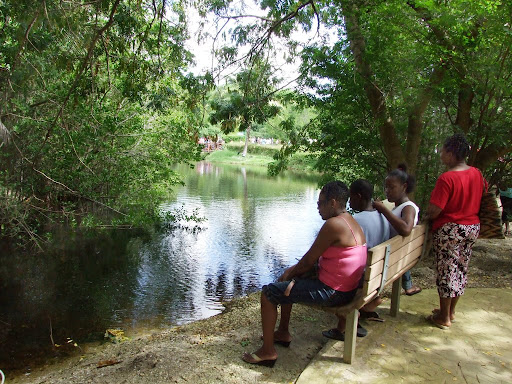 Despite the already high chemical pollutant levels in the wetland, the Sanctuary has been told by the Ministry of Health that insecticide pellets are increasingly necessary because of the unpredictable wetland water levels.

{Bajan Reporter’s NB – This means already polluted wetlands are unnecessarily poisoned with anti-mosquito treatments, which could have been avoided by Governments with conscience as opposed to Admins concerned with real estate matters}

In addition, since the sluice gate ceased operations in 2006 there has been no tidal flushing of the wetland. ?We haven’t seen any tidal exchanges or fish migrations since the sluice gate went into total disrepair,? sighed Heaslet. ?The Graeme Hall wetland and its fish and wildlife traditionally depend on tidal actions to stay healthy.?

Over the last 10 years Sanctuary offers of technical assistance to the Government of Barbados to repair the sluice gate have been met with silence or inaction. Since 2006 the Ministry of Public Works has been attempting to control water levels using a backhoe to add or remove sand fill in the sluice gate channel.

In 2005, the Sanctuary funded a three day fact-finding trip for three engineers from the Ministries of Environment and Public Works to the South Florida Water Management District (SFWMD) in South Florida, where they observed wetland management solutions using sluice gates and weirs. This technical capacity-building trip sponsored by the Sanctuary resulted in a field report filed by each of the Ministries, but no actions to repair the sluice gate ever occurred.

Besides being the primary inflow point for tidal exchanges within the Graeme Hall RAMSAR wetland, the sluice gate is also downstream from the South Coast Sewerage facility’s Emergency Discharge Canal outfall. 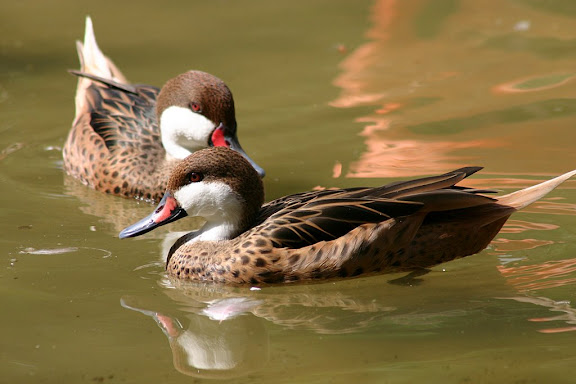 According to Heaslet, it is yet another problem. ?Even if the Emergency Discharge Canal was used during an emergency at the Sewage plant, if the sluice gate canal is blocked for any reason we could expect raw sewage to be re-directed into the Sanctuary and wetland.?

The Graeme Hall Nature Sanctuary occupies 35 acres of the 81 acre RAMSAR wetland at Graeme Hall. The RAMSAR designation is associated with the 1971 RAMSAR Convention on Wetlands Treaty for internationally significant areas of biodiversity.

{Bajan Reporter’s FYI – Don’t you need answers as to why it’s taking so long for ANYTHING to happen? E-Mail officials directly! Barbados’ Environment Minister is Dennis Lowe; minister_environment@gob.bb, while the Permanent Secretary is Lionel Weekes; ps_environment@gob.bb}