We write to you as a follow-up to: ? The meeting of July 7th on the above-referenced held by you with a delegation comprising Citizens in Defence of Grenada?s Lands and Heritage, the boat owners, fishermen and community representatives of the Lagoon Road area and the Willie Redhead Foundation. We came away from that meeting with you with your verbal commitment to the protection of the Lagoon Park and the rights of traditional users. 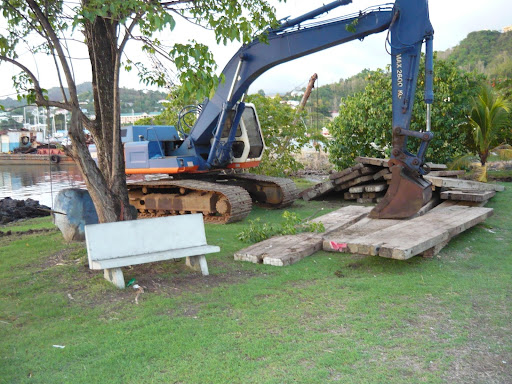 You also requested that our delegation should get back in contact with you following the stakeholders? meeting with Minister Gilbert.
? Stakeholders Meeting of July 9th convened by the Ministry of Community Development, Lands and Housing We note that, except for our delegation, the invited stakeholders were the representatives of various governmental agencies and bodies. We wish to point out that the most important stakeholders are the persons who will be directly affected by the project – the people of the Lagoon Road-Belmont community, the boatmen and fishermen of the Lagoon area, other boatmen and fishermen who use the Lagoon as a safe haven during times of bad weather, the Mas? Bands Association and other mas players, the commercial interests on the Lagoon Road and the interested general public. 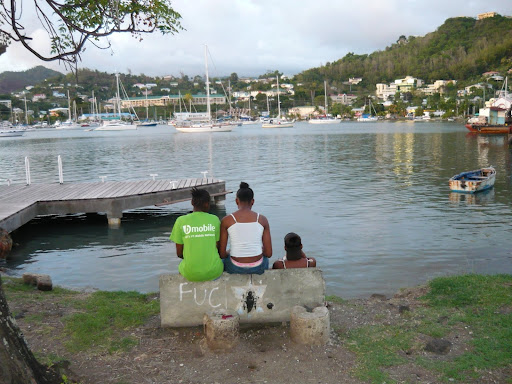 The stakeholders? meeting was concluded by Hon. Joseph Gilbert, Minister of Communications and Works with a commitment to have Camper and Nicholson do a visual presentation of its proposed project and field questions on the project in order to acquaint . It is now over two weeks since that meeting and there has not been any follow-up from the Ministry of Community, Lands and Housing or Minister Gilbert /his representative.

Instead, we have noted that since that meeting:
(i) Camper and Nicholson has moved additional equipment onto to the park area, some of which was sprayed with graffiti by a person/persons unknown.
(ii) Additional dumping of dredged material in the area was carried out sometime this week of July 20th , using a barge.
(iii) During the week of July 13th, Chief Executive Officer of Camper and Nicholson, Mr. Nick Maris, was advising, via a press conference, that Camper and Nicholson would allow the fishermen/boat owners to stay on the Lagoon Park while the government works out a solution for the location of their boats.
(iv) Camper and Nicholson has stepped up its public relations campaign in support of the project with the full support of many persons in the media. Permit us to advise, Honourable Prime Minister, that we found Mr. Maris? remarks to be most inappropriate and we wish to note that a public relations campaign is not a substitute for a public consultation with informed and affected stakeholders as required by a rigorous process of Environmental Impact Assessment. 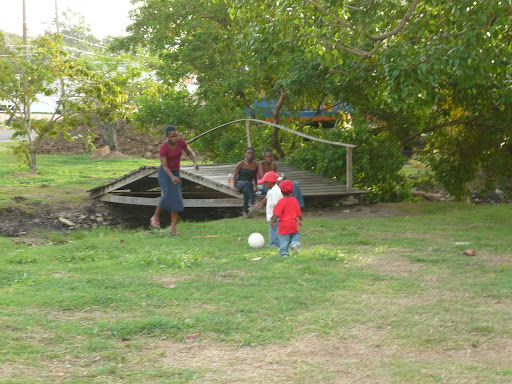 ? Ownership of the Lagoon Park and the Lagoon foreshore ? this requires your government to make good on its promise to review the transactions in respect of the Port Louis development
? The rights of all boat owners to use the Lagoon as a safe haven in times of bad weather and to use the area for berthing and anchorage space. We emphasize that the Lagoon is a safe haven for boats from all over Grenada, and in particular the fishermen of the west coast.
? The integrity of the Environmental Impact Assessment and the integrity of the approval process ? clearly an approval process which did not take into consideration the needs of the traditional users such as fishermen is flawed.
? Loss of community recreational spaces and facilities
? Location of the marina sewage plant

As per your request that we should get back in touch with you after the stakeholders? meeting of July 9th, we write requesting a follow-up meeting with you, Hon. Prime Minister, at earliest convenience. We look forward to your positive response soonest.

Davidson Nedd
For Citizens in Defence of Grenada?s Lands and Heritage