The Huffington Post has submitted an entry where it appears the former Governor of Alaska has sought to threaten the Civil Liberties of a fellow Alaskan (There is a bearing for not only Barbados here, but worldwide);-

…Palin attorney Thomas Van Flein on Saturday warned legal action may be taken against bloggers and publications that reprint what he calls fraudulent claims.

“To the extent several websites, most notably liberal Alaska blogger Shannyn Moore, are now claiming as ‘fact‘ that Governor Palin resigned because she is ‘under federal investigation‘ for embezzlement or other criminal wrongdoing, we will be exploring legal options this week to address such defamation,” Van Flein said in a statement. “This is to provide notice to Ms. Moore, and those who re-publish the defamation, such as Huffington Post, MSNBC, the New York Times and The Washington Post, that the Palins will not allow them to propagate defamatory material without answering to this in a court of law.”

This is ridiculous, Moore listed herself as stating there were RUMORS she did not state for a fact there were investigations of embezzlement;-

Rumors of an “iceberg scandal” have been circulating.

Resignation is certainly out of character for Sarah Palin. Senator Mark Begich had a meeting with Sarah Palin two days ago with no mention of her leaving office. Palin’s press secretary, David Murrow had posted on his Facebook page Wednesday, “David Murrow is considering life’s ironies.” He was hired less than a month ago. Yesterday he wrote, “There’s gonna be some fireworks this weekend!“

Palin’s father, Chuck Heath, told Fox News that he thought her resignation was due to the negativity from the media. According to Heath, the governor was unable to be effective while she was constantly having to defend herself against ethics complaints and the media.

Here in Barbados there are similar challenges for bloggers who are open in their identity like myself. Back in 2007, I was submitted evidence – memos and photographs, and I still do have them both hard copy and e-mails, of alleged improprieties at a wildlife aquarium, but because this Caribbean island has archaic laws in relation to libel… I was forced to shut up and remove the info so as to avoid a lawsuit.

The only benefit is that the theme park has actually sought to redress any concerns and are appearing to operate for the better – if my article had not been distributed on the Net, God only knows what have devolved? 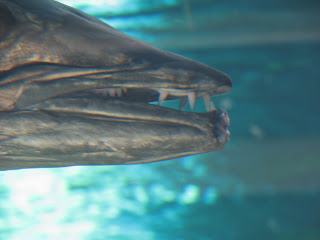 It seems now some Alaskans face a new war of Independence – one where bloggers of the world must unite! If Mainstream Media will not do their job, then who will? Most corporate entities are hiring Marketing or Public Relations specialists – but they really are Private Journalists serving the interests of those who they are hired by, I of all others – should indeed know!

I am willing to help and assist in such a movement, as it is a necessity not a luxury.