As promised, a continuation of examining the launch of UWI’s rebranding of their Pedagogical Centre… When Sir Hilary Beckles opened the ceremony that night he spoke of how anyone can have a theory or concept, but when you can show why it’s necessary for the idea to see reality, then it’s another stage of development. 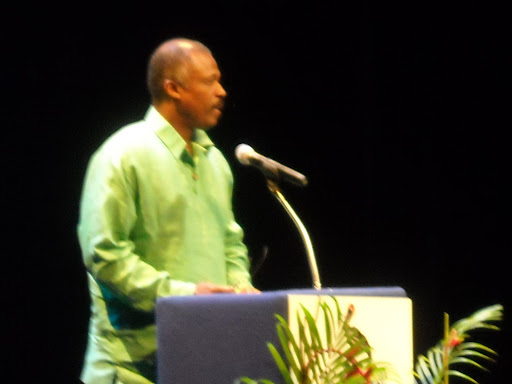 He cited when the late Errol Barrow was looking to introduce free secondary education, the Right Excellent National Hero had tapped on the then future UWI Pro Vice Chancellor to craft a parliamentary Bill to bring it about. When Sir Hilary in turn sought the advice of Professor Lamming, the famous Bajan author at the time had asked Dr Beckles if the idea posessed INTEGRITY. If that can be proved, then everything else will fall into place. 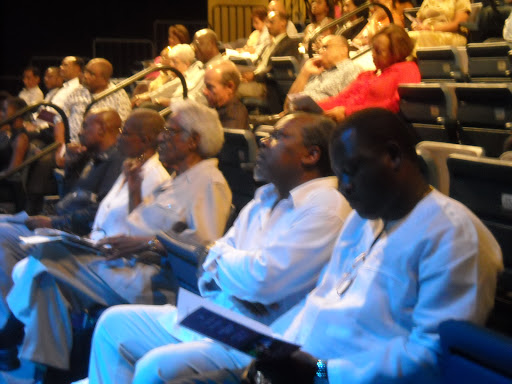 When the audience that night watched a re-enactment of a scene from Lamming’s “In The Castle Of My Skin” they saw such integrity – here it was when this book was originally written 56 years ago and this esteemed writer carefully predicted a housing shortage as Barbados is only 166 square miles with over 200-thousand people. 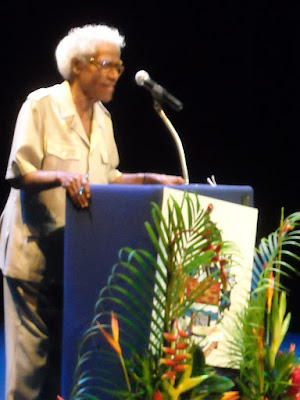 This was why he saw Bajans assisting in building the Panama Canal and their emigration to the UK for basic jobs in the 60’s as a necessary evil to cull Barbados’ population. But imagine the words now as a living entity? Here is how Cecily Spencer-Cross with Clairmonte Taitt interpreted it that night;-

Then there were excerpts from some of the students who attended Professor Lamming’s Master Fiction classes (Free, amazingly enough, many – me too – would pay gobs of cash)… That night there were four extracts, the first from Dr Karen Lord on “The Myth Of The Ugly Stepsister” which appeared to be like Shrek on LSD, this was a short (Deo Gratia) story on a highly surrealistic take about most of the fairytale cliches which kind of left me blank. 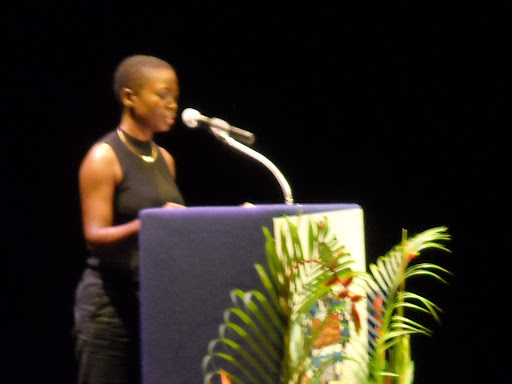 “Ruth” from the pen of Katie Maynard is a snippet of what is looking as though a woman has fallen for a downlow brother? 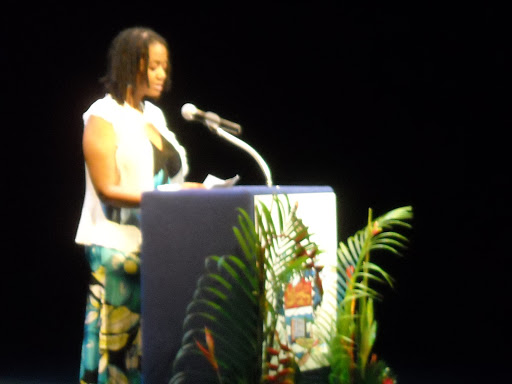 The best was a tie… Part of that tie was Melissa Goddard‘s “Finding Leroy” where she turned a boring homework assignment into an excellent quest for creativity. Melissa and I were graduates from 2008, we were given certain elements to create a tale around – Jennifer, anger, Leroy, hunger, breakfast and a broken ankle… My version made most of the class’ skin crawl, LOL! But Melissa’s had them fascinated since she made Leroy a guitar like BB King’s Lucille. 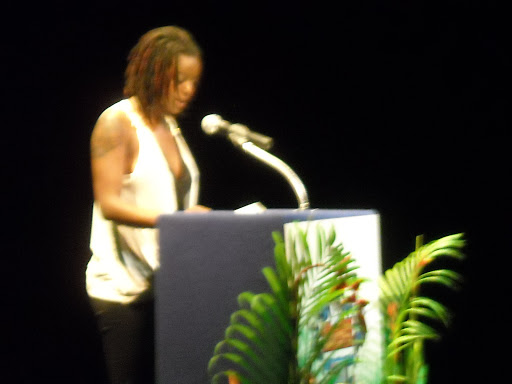 The other tie was Shakirah Bourne’s humourous clash of a tourist lover and recently widowed spouse at a church where “Sheep Doan Stand Still” and the female visitor learned the hard way about the confusing method of giving directions in the rural side of Barbados.

Still to come? The final of this trilogy – when a guest overstays their invitation! How even taking a stand may not be enough to chase away a former calypsonian…