A five-person delegation – comprising members of Citizens of Defence of Grenada?s Lands and Heritage, the President of the Water Taxi Association, the president of the Willie Redhead Foundation and persons representing boat owners and the Lagoon community – held a meeting with Grenada’s Prime Minster on Tuesday, July 7th. In attendance at the meeting were:
1. Concerns, re: Lagoon Project:

The delegation updated the Prime Minster on the various concerns in respect of the Camper & Nicholson marina project and the most recent move to remove boat owners and fence the Lagoon Park. He was brought up to date on all the exchanges (correspondence and meetings) between concerned citizens and organisations and various Ministers and regulatory bodies such as the Grenada Ports Authority and the Physical Planning and Development Control Authority. These exchanges date as far back as 2007 and occurred prior to and after the general elections of July 8th, 2008. 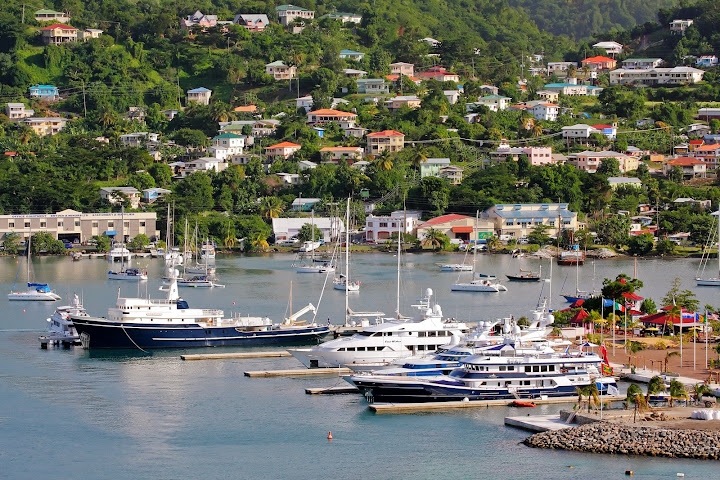 Among the issues raised in these exchanges were:

The delegation also noted that the equipment operations were currently being conducted via barge and there was no reason why the Lagoon Park should be used as a construction mobilisation site. If a site was needed, then Camper and Nicholson could operate from their premises at Ballast Ground, where the community playing field had been destroyed during reclamation.

No Cottages on the Lagoon Park:

The Prime Minister was of the opinion that the Camper & Nicholson marina development could be implemented while respecting the rights of traditional users. He gave assurances that there will be no cottages or buildings on the Lagoon Park and that the area will remain a public green space and heritage site for the enjoyment of all Grenadians and our visitors.

In response to concerns about Camper and Nicholson?s announced plans to locate the marina sewage facility on the historic Islander hill, across the road from the MTV/VOG studios, the Honourable Prime Minister advised that because of health and environmental concerns, this matter will be revisited.

He has advised that there will be a meeting on Thursday, July 9th at 4.00 p.m. at the Ministry of Works Conference Room at which representatives of Camper & Nicholson will make a presentation to various government departments and ministries. The delegation was invited to attend this meeting.

The delegation is satisfied that the Hon. Prime Minister is seeking to have this issue resolved in the best interests of the people of Grenada. We look forward to his continuing interventions and pledge our full support to Prime Minister Thomas as he seeks to have the matter of protection of the Lagoon Park resolved.

Repeal of Amendment to National Parks and Protected Areas Act:

The delegation thanked the Prime Minister for the opportunity to meet and also noted its appreciation of his government making good on its promise to repeal the amendment to the National Parks and Protected Areas Act. He confirmed that, to date, the amendment had been taken through two stages.