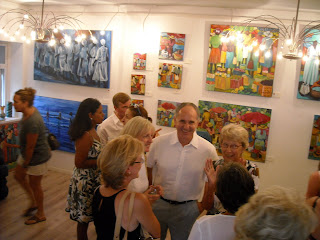 If you are hungry and in the mood for some canvasses to spark you up then you should venture south to Champer’s Restaurant by Rockley Beach and glom as Gallery owner becomes the subject… Vanita Gopwani Comissiong has a “Splash Of Colour” running until Mme VG says when at On The Wall Gallery! 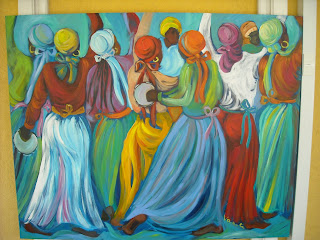 While she clearly disagrees, nevertheless the colours she sports in her work seem reminiscent of a Bajan rather than a Tahitian Gauguin. She told this News Blog it took 3 months of nonstop painting to get this muse from her system! 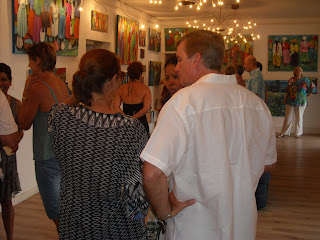 US Embassy’s Charge D’Affaires Brent and his gorgeous wife Saskia Hart as well as Italy’s Consul to Barbados were among those enjoying and even buying the paintings at her South Coast branch (earlier this year Vanita had an exhibition in her Holetown franchise as well with a Tobagonian artist). 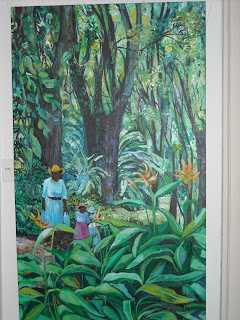 Vanita had a flood of red dots adorning the sides of her pictures in the first 20 minutes of opening! Perhaps it’s best to invest in these challenging days? If you want more pithy material, there’s always Rachelle Gray’s intense study of Rastafarian queens. 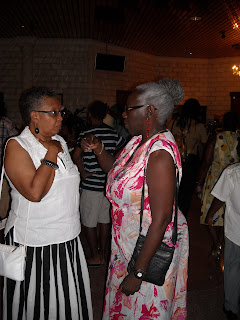 I-Queen was an exhibit that was refused initially by Queen’s Park Gallery (By the very name, it would have been SUPERB) and also Errol Barrow Centre for Creative Imagination (I wonder where their creativity was that day?), one of the patrons confided to me, both places goofed to the benefit of Frank Collymore Hall. 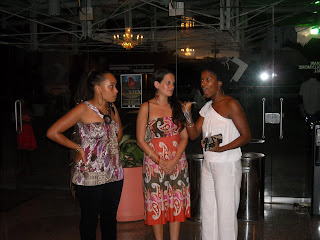 Rachelle did not merely limit herself to stunning photography, she imbued the visages onto canvas and stretched the material onto a frame before applying the weatherproofing material to make the canvas durable. 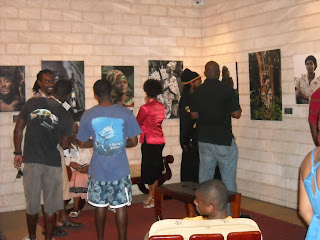 Apart from indisputable works of a masterpiece nature, she also interviewed each nattily tressed lady and received answers as varied as the women participating (the mini-Q&A was placed underneath each portrait)! 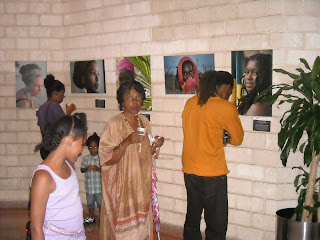 Finishing by 23rd August, it celebrates Barbados’ 40th anniversary of the spiritual observation of Ras Tafari as prophesied by Marcus Mosiah Garvey some eight decades before – aka – Rastafarianism itself is 80 years old but Barbados only started having converts about late 60’s. 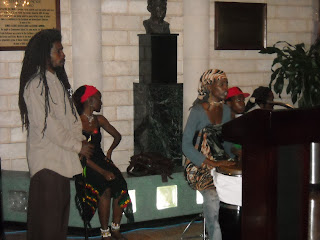 The opening had Blak Kla Soyl singing much Bob Marley and many of the original models were there, so should you be, so hurry now and see what Queen’s Park Gallery missed out on! 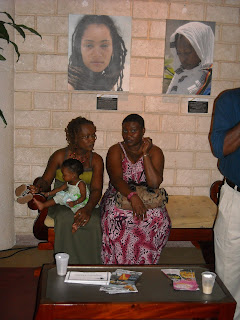