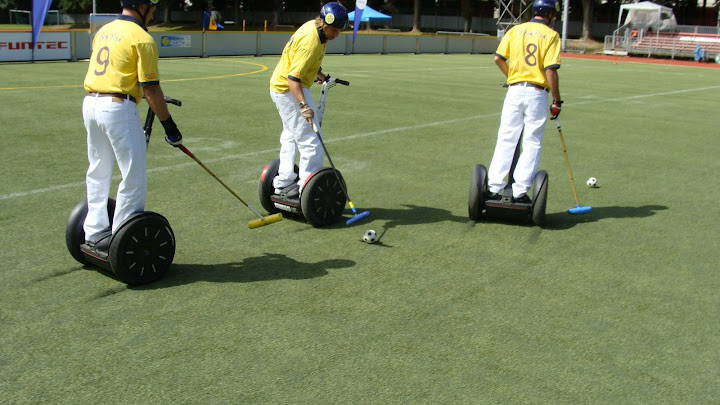 This is the first time the Barbados Segway Polo team has ever played on artificial turf and the first official professional tournament to date. The team adapted to the new surface extremely well with success in the first two matches which were played against the host country – Funky Turtles of Germany.

The Barbados Flyin? Fish went on to win 4 ? 0 against this strong opponent and further went on to another successful win in their second match on the same day against Segway Austria who were defeated 3 ? 0. 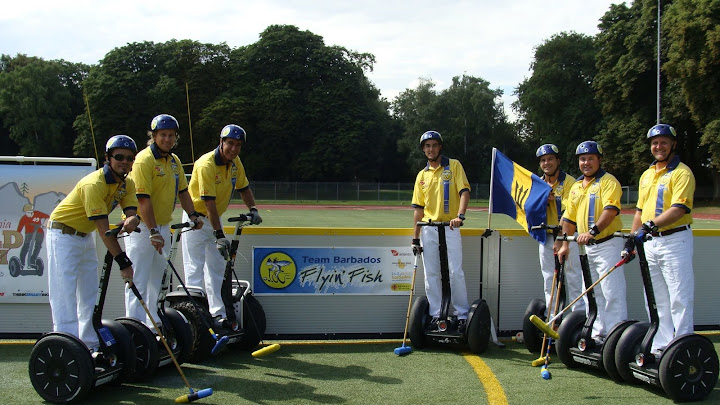 The Barbados Segway Polo team is comprised of seven members: 1. Captain ? (Uncle) Peter Gilkes
2. Jason Gilkes
3. Daniel Hatch
4. Brett DeGale
5. Brett Callaghan
6. Ryan Rodriguez
7. Mikie Hassell The leading goal scorer Daniel Hatch went on to score a hat-trick in the first game and 2 brilliant goals in the second match. Owner of Segway of Barbados, Jason Gilkes scored one in each of the 2 games. 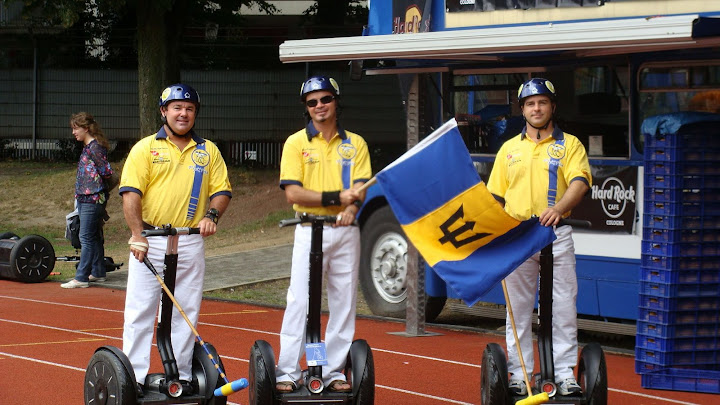 The Flyin? Fish also produced a strong defensive effort not allowing any goals to be scored in the first day of play.

The team will play in 2 more games on Saturday July 18th, 2009 against 2 teams from the United States ? The Black Rose and the Gold Rush.

The top 4 teams of the two days of play go on to compete in the semi final match to determine who will play in the final match which are both played on Sunday July 19th, 2009. 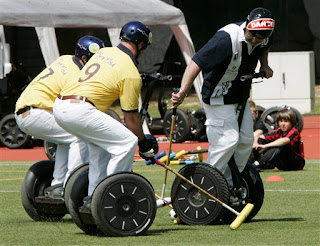 Things started badly for the Flyin’ Fish when a bad bounce spinning ball skipped through and scored on our goal to put the opponents up 1 goal to nothing. The second Chukka also finished with the Roses up 1 goal to nothing. The Fish were slightly ruffled, but after the halftime break they settled down where Brett Callaghan evened the score and then Daniel Hatch scored 2 more goals making the final score 3-1.

The fish are now 3 and 0. Team Barbados Flyin Fish had a keenly contested game against last years winner of the Woz Cup (California Gold Rush) in which the Fish out scored the Rush by…..

Goals were scored by: Brett Callaghan 2, Daniel Hatch 2, Jason Gilkes 2 and Mikie Hassell 1 The Flyin’ Fish now are seeded #1 in the semi final on Sunday against the 4th seeded team which won’t be decided until early Sunday. 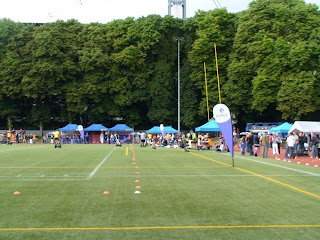 The second and third seeds will play each other in the other semi final match to decide upon the finalists for the 2009 Woz Cup.

The Barbados Segway Polo team has impressed the other teams so much that they’ve been invited to play in an exhibition match after the tournament (weather permitting) comprising of the top 7 players from amongst the other teams from around the world. 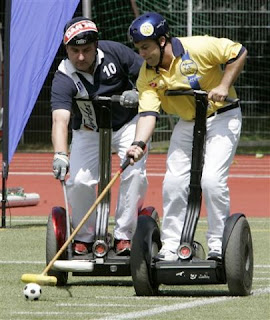 Play concludes tomorrow Sunday July 19th, 2009 where the semi final and final matches will be played.