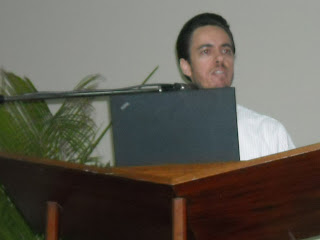 Mr Shuffler told participants before looking to invest make sure one?s personal finances have an emergency reserve, which he defines as funds equalling your salary for at least one to two years separate from current savings should unexpected unemployment or illness occur. The Queen?s College graduate also used the fact retirement has shifted from age 60 to 70 depending on one?s age and when you join the workforce as another reason for using investment and storing reserves as safeguarding one?s future. 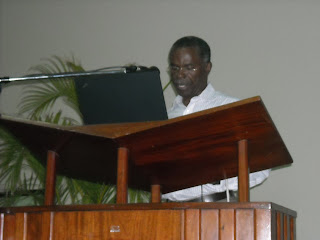 Skeete, a former Chairman of the National Housing Corporation and Invest Barbados, is a Certified Chartered Accountant, who sees diversity as a bulwark against fiscal tragedy ? he listed the victims of Bernie Madoff and Sir Allen Stanford as encouraging people to place the majority of their monetary hopes with them and the investors did not carry out all required research. 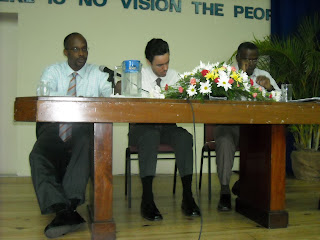 Mr Yarde told the small crowd that the Exchange continues to have grave challenges in getting entities to come forward and be listed with the BSE, but he hopes that by having an eight-week radio programme series and continuing outreach courses with fifth and sixth form secondary students that eventually this trend will reverse itself. 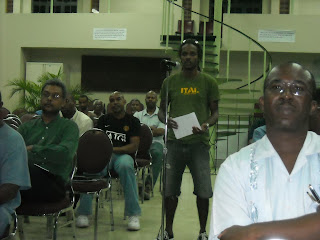 This was intriguing but in this News-Blog‘s view it was hoped more specific investment advice could be given – how to pursue real estate as a passive income plan; when examining Bajan stocks what are you looking for to decide if to invest with or not; also perhaps how to acquire small and/or soft loans to pursue reasonably priced IPO‘s which could have potential to offer massive ROI‘s!