The hit song ‘Firefly‘ continues to do Barbados proud! 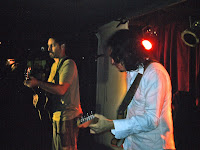 Firefly‘ will now be featured on episode # 4004 on ?Lincoln Heights? an American TV Drama Series on ABC Primetime!!!!

It started for Kite in 2005 with the placement on CBS Primetime TV Show ‘The Ghost Whisperer‘, then, last Year, Canadian TV CBC featured ‘

Up In The Air‘ and ‘Wake Up‘ from Kite’s debut album on the TV series ‘Degrassi‘.

Firefly featured, once again, on the movie ‘

Both JJ and Brian want to thank all of you guys for believing in the songs and giving us so much support here in BIM! (