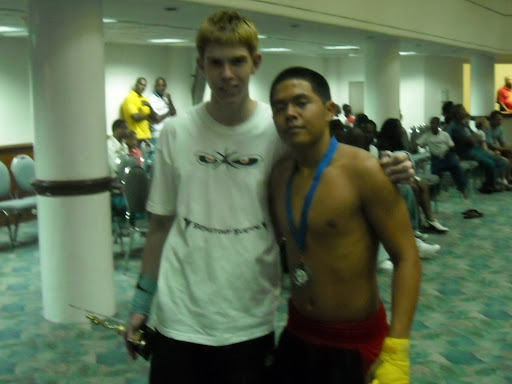 There was action galore at the Lloyd Erskine Sandiford Centre (ain’t it easier to call it Sherbourne still?) over the weekend when the Eastern Caribbean Kickboxing Union in association with Il Tempio D’Adama Ristorante brought people closer to experience various pugilistic disciplines (that’s a fancy way to state – fighting styles). 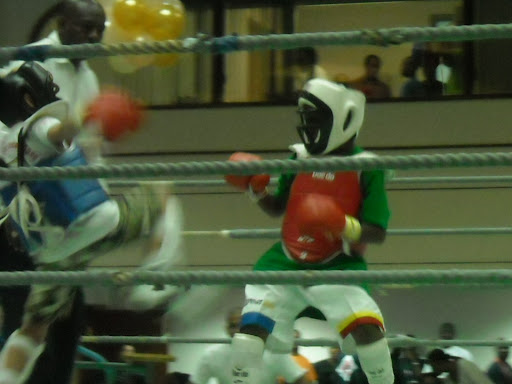 People who witnessed the bouts learned their ticket stubs gave them a 25% discount at the popular West Coast venue for Italian cuisine. I believe the sponsorship can be better reflected if, for example, the red and blue cushions for each corner could say “IL TEMPIO” on the back part which faces the crowd. This falls in line with overseas bouts where the boxers themselves had the name of the sponsor’s website written as a temporary tattoo on their backs. 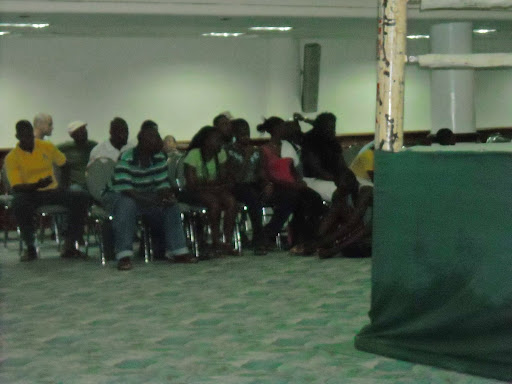 What I found intriguing was the fact that many of the younger contestants offered not only a better show, but exuded more discipline and delivered better on their training than their older counterparts! 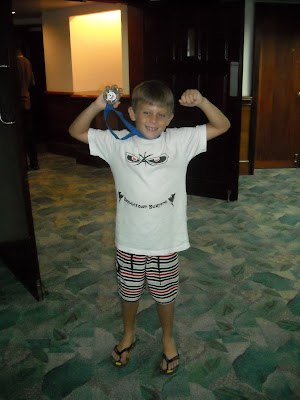 Let’s check the final round where Luke Combes and Ari Jones went at it hammer and tong;-

Now, here are Ryan Leach & Philip Butcher – their seniors – in a belt contender for the Freestyle Fighting Mode also known as Freefighting, this was how most of the last round was spent, no grappling just a gridlock;-

In addition, one of these guys did a crazy thing I learned later on …. He drank nothing from morning on and had nothing to eat! You feel this is a way to channel Shaolin Monks? My man, if you want to be focussed, that is not a problem – but eat and drink per normal ’til at least 3 hours BEFORE your Main Event!

His trainers or coaches should have refused to continue working with him unless he met all basic dietary and health requirements necessary for an endeavour of this magnitude! 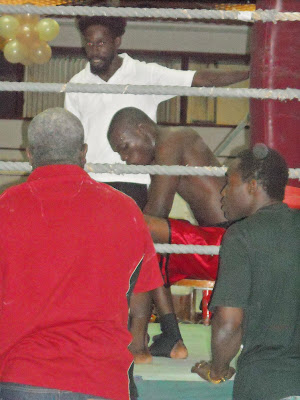 The ringside Doctor was Colin Alert, who had the dude shuttled to FMH as he was still remaining prideful and refusing even water, can you relate? 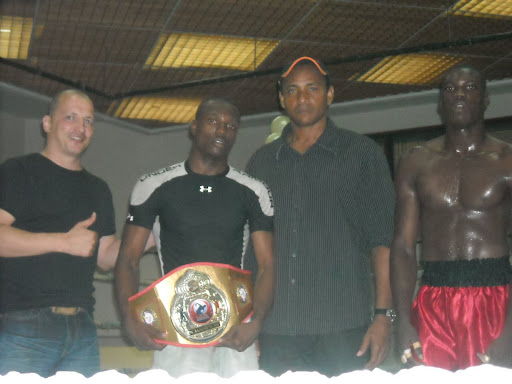 Even the teens are more dedicated in my view, here’s another taste;-

This is the adults by comparison now, this one is a rematch according to coordinator and ringside announcer Ronald Phillips;-

Before I conclude Part 1 for this series, I’d like to state the original Ring Girls I’ve seen on bajanfights were from a better stock at least appearance-wise, there was only on real Ring Girl, who was dolled up, in lingerie was saucy yet classy and had a figure… She was used far too seldom. 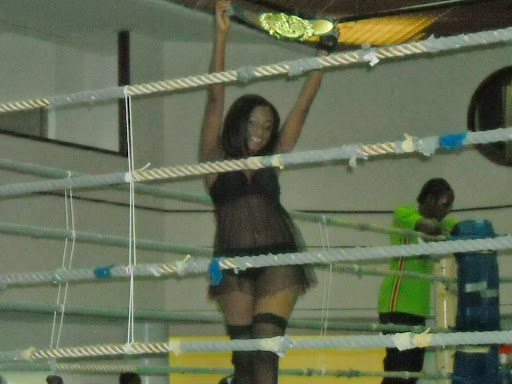 The other gals needed about 5 or 6 ham cutters to try and bring them up to speed, if they dare showed their legs to stray dogs? Then the canines would feel they found a bone factory and Lord only knows what would happen next. Plus, these females had no class whatsoever, they started cursing each other in the middle of the matches. In order to break the tension, I stood like a referee in the halfway mark while one was shouting to the other from the kick counter’s chair as the other was bellowing profanity from her seat. 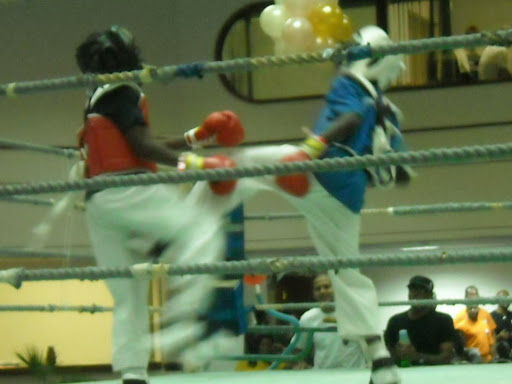 Trying to sound like Michael Buffer, I boomed in a reedy tenor; “Rei? (bow)” Then I threw my hand in the air and dropped it with a flourish, “Hajime (begin)!” Luckily everyone laughed – including them – and the cussing stopped, but I never saw them again for the rest of the fights. 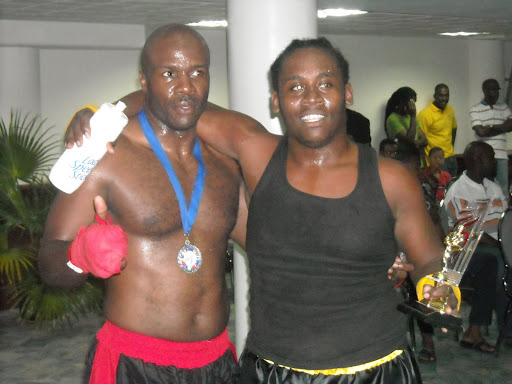 Before July is over, more photos and videos from the MMAssacre (Mixed Martial Arts= MMA)!